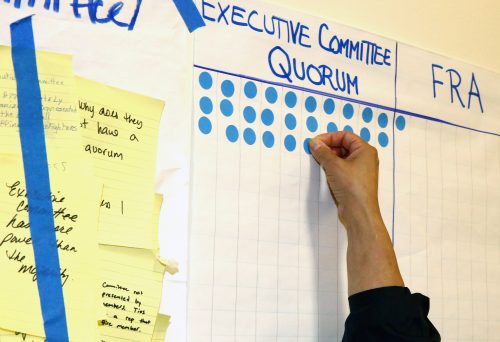 The SWOT analysis being conducted on the Prince William County Department of Fire and Rescue is now complete.

A SWOT analysis, which is a tool to examine the strengths, weaknesses, opportunities, and threats in an organization, was done as a way to “ascertain whether the current framework of the fire and rescue system in the County is the best alternative for supporting the volunteer companies and fostering the collaboration necessary to provide the level of fire and rescue services required by the community and the region,” stated a release.

According to a release, the decision to conduct the analysis came after two volunteer fire companies were merged into the larger Prince William fire and rescue structure.

“The SWOT analysis was conducted as part of the reform process in order to examine how the county can provide effective fire and rescue service while maintaining the current combination system with career and volunteer members while meeting the needs of the community,” stated a release.

Several hundred residents attended the eight SWOT meetings that were held, putting their thoughts and concerns on sticky notes on the meeting room wall, for the other attendees to see.

The following are some of the SWOT analysis results, from a release:

More than 500 comments about the strengths of the current fire and rescue system were collected, with the top ranked being professional volunteers, funding and leadership.

Participants contributed 1884 comments regarding the weaknesses of the current system, with the top ranked being staffing, executive committee/quorum and communications/relationships.

Participants contributed 437 comments about the opportunities within the current system, with the top ranked being Chapter 9.1 – the section of the county code governing fire and rescue service, cross staffing and leadership/accountability.

Participants contributed 1064 comments regarding threats to the current system, with the top ranked being the FRA Chairman, the FRA Chair Finance Committee, the Prince William Fire and Rescue Training Academy and staffing.

“We’ll be looking at those things that this process has identified and how we can then take it to the next phase,” stated Acting County Executive Chris Martino in a release.