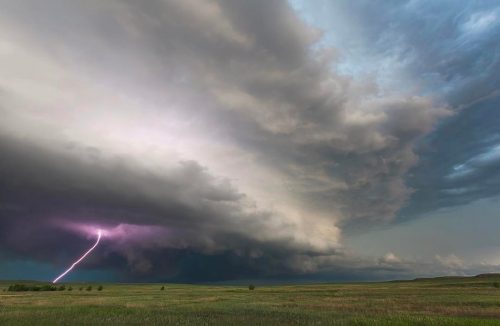 Next week, Prince William will be participating in a Tornado Drill.

According to a release, the Prince William County Department of Fire and Rescue is asking residents to participate in the drill on March 21 at 9:45 a.m.

“Tornadoes can happen anytime, anywhere in Virginia, they don’t have a season. Knowing what to do during a tornado warning can save your life,” stated Chief Kevin McGee in a release.

Fast facts on tornadoes, from a release:

In 2016, Virginia was hit by the deadliest tornado event since 1959, resulting in five fatalities and more than 45 injuries.

An EF-1 tornado touched down on the Town of Waverly in Sussex County, an EF-3 tornado affected Appomattox County, and another EF-3 tornado hit the Middle Peninsula and Northern Neck region. The National Weather Service (NWS) verified that eight tornadoes struck Virginia during that storm. These storms were a stark reminder that Virginians must prepare for the possibility of tornadoes and other natural disasters.

According to the National Weather Service, there were 161 tornadoes from 2007 until the end of last year.

How to participate in the drill, from a release:

To help residents of Virginia practice tornado safety, a Statewide Tornado Drill will be held Tuesday, March 21, at 9:45 a.m. The annual drill is a joint effort of the Virginia Department of Emergency Management.

Registration for the tornado drill is not necessary, but people can learn more about tornado safety and show their support by signing up at www.ReadyVirginia.gov. Everyone in Virginia can participate, including businesses and organizations, schools and colleges, and families and individuals.

To start the drill, the NWS will send a test tornado warning, that will trigger a tone alert and broadcast message on NOAA Weather Radio. The message will be picked up by TV and radio broadcasts, simulating what listeners will hear during an actual tornado warning. When the test tornado warning is sounded, people should move as quickly as possible to a safe area in a sturdy building. Safe areas are basements and interior rooms on the lowest level of a building such as bathrooms, closets or hallways. In choosing a safe area, stay away from windows. Once in the safe area, people should crouch down or sit on the floor facing down, and cover heads with hands.

One of the fastest ways people receive information regarding a tornado warning is a Weather Radio. A Weather Radio provides information directly from the nearest National Weather Service office. When they issue a tornado warning, the Weather Radio sounds an alarm or flashes lights and then gives information on where the storm is, which way it’s moving, and telling people in its path to take cover. This radio could be a lifesaver. NOAA Weather Radios with SAME alerts that target warnings to specific areas of the state are available at electronics and sporting goods stores, discount and department stores, and online.

They come in battery-powered models, and many also have AM/FM bands. A special needs NOAA Weather Radio is available as well. The special-needs NOAA Weather Radio can warn deaf and hard-of-hearing persons of hazardous conditions, giving them around-the-clock, up-to-the-minute weather information. For more information on conducting a tornado drill and/or registration for the statewide drill, go to www.ReadyVirginia.gov.