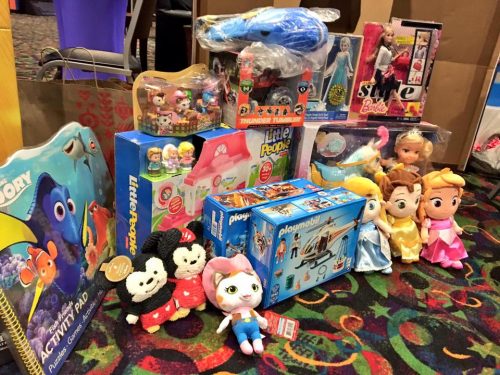 The Prince William County Department of Fire and Rescue is collecting toys for the Toys for Tots Foundation.

According to a release, the toy collection will run through December 24.

Toy donations can be dropped off at any Prince William, Manassas, and Manassas Park fire station, as well as the Prince William County Public Safety Training Center in Nokesville and the lobby area of the McCoart government building in Woodbridge.

More on the toy drive, from a release:

Toys must be new and unwrapped. Due to the requirements of the Marine Toys for Tots, clothes and used toys cannot be received for this event. Please drop off used toys and clothing to churches and shelters in your neighborhood. All toys will be delivered to the Toys for Tots collection site for processing and delivery to pre-authorized organizations who have requested toys. Fire stations are not permitted to deliver these toys directly to citizens.

Please contact your local Marine Toys for Tots Foundation distribution center for details. Toys for Tots can use your time as well; the distribution center needs help sorting thousands of toys. Donations of food and drinks for the volunteer workers are appreciated. Toys for Tots is a national charity program run by the United States Marine Corps Reserve which collects and distributes toys to less fortunate children whose parents may be struggling financially and unable to purchase gifts during the traditional Christmas Holiday season. It is the only charitable endeavor associated with the Department of Defense that reaches out to local communities.

The program was started in 1947, in California, by Major William L. Hendricks and was inspired by his wife, Diane, when she tried to donate a doll to a needy child but could not find an organization to do so. At Diane’s suggestion, Major Hendricks gathered a group of local Marine reservists who coordinated and collected 5,000 toys for local children. Hendricks used his position as director of public relations at Warner Brothers Studio to enlist celebrity support and later asked his friend, Walt Disney, to design a poster for a national campaign. The result was the three-car, red train logo.