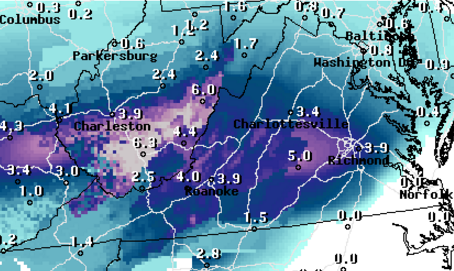 In preparation of the large storm that will be moving through the area starting tomorrow, closures and delays in Prince William County are already coming in.

Here are the delays and closures thus far:

PWCS closed Friday 1/22 & thru weekend Code red. All activities cancelled thru weekend due to weather-related conditions.

DoD schools aboard Quantico will be closed tomorrow, Jan. 22 pic.twitter.com/R6qcPeVylc

Many towns and local government have declared snow emergencies:

As a result of the high probability of a significant snow event in the Dumfries area extending from Friday,… https://t.co/FY4yRMleEz

SNOW EMERGENCY in effect in #Manassas beg. at 8am Fri. Details: https://t.co/rZGuk0gJvs pic.twitter.com/PBGM1CKXxc

Public transit will be at a standstill by Friday night:

Watch the 4pm news conference regarding Metro’s decision to suspend service due to the blizzard warning: https://t.co/zFlyC034nK #wmata

The Express Lanes customer service center will close tomorrow, January 22, at noon due to the storm. We apologize for any inconvenience.

Even military bases, like Quantico Marine Corps. Base and Fort Belvoir are getting ready for the storm to hit:

Due to a forecast of blizzard-like conditions with significant snow accumulation, Fort Belvoir Garrison staff… https://t.co/48lHm2KgWC

And in case you’re wondering what the Virginia Department of Transportation (VDOT) is up to, in preparation for the storm:

Our crews are in 24-hr operations statewide in advance of the storm. This is what’s happening in northern Virginia: https://t.co/jCShwL3tJy

Check back on What’s Up Woodbridge, to stay on top of the latest breaking weather news.