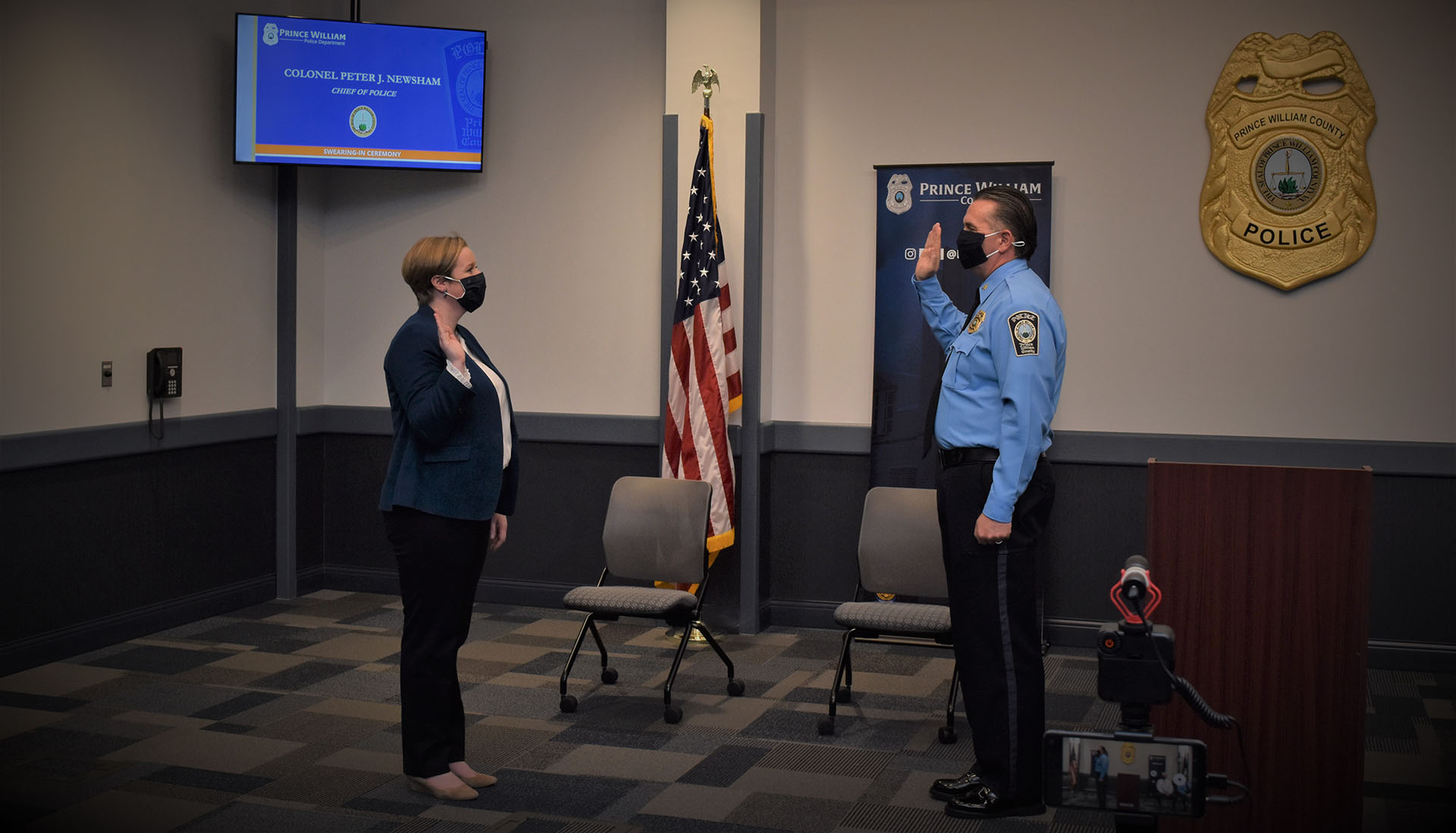 Peter J. Newsham was sworn-in as the new Police Chief.

The ceremony was held at the Charlie T. Deane Station – also known as the Central District Station – in Woodbridge on Monday, according to a release from the police department.

Newsham is serving as the fifth Police Chief of PWCPD, which was established in 1970. It has nearly 900 sworn and civilian staff members and a budget of more than $113 million.

He was named to the position by the Board of County Supervisors (BOCS) in November and is replacing Barry Barnard, who announced his plans to retire in May 2020.

“To the residents of Prince William County, we cannot be successful without you”, he said in a release. “I’m looking forward to meeting each of you and I pledge to you to work every day to continue developing the trust that is essential for us to be successful in our profession.”

Born in Providence, RI, the new chief was raised in Weymouth, MA. He has a bachelor’s in political science from the College of Holy Cross in Worcester, MA and earned his Juris Doctorate from the University of Maryland School of Law.

Newsham was previously the Chief of Police for the Metropolitan Police Department in Washington, D.C., where he served in various roles since he started working there in 1989.