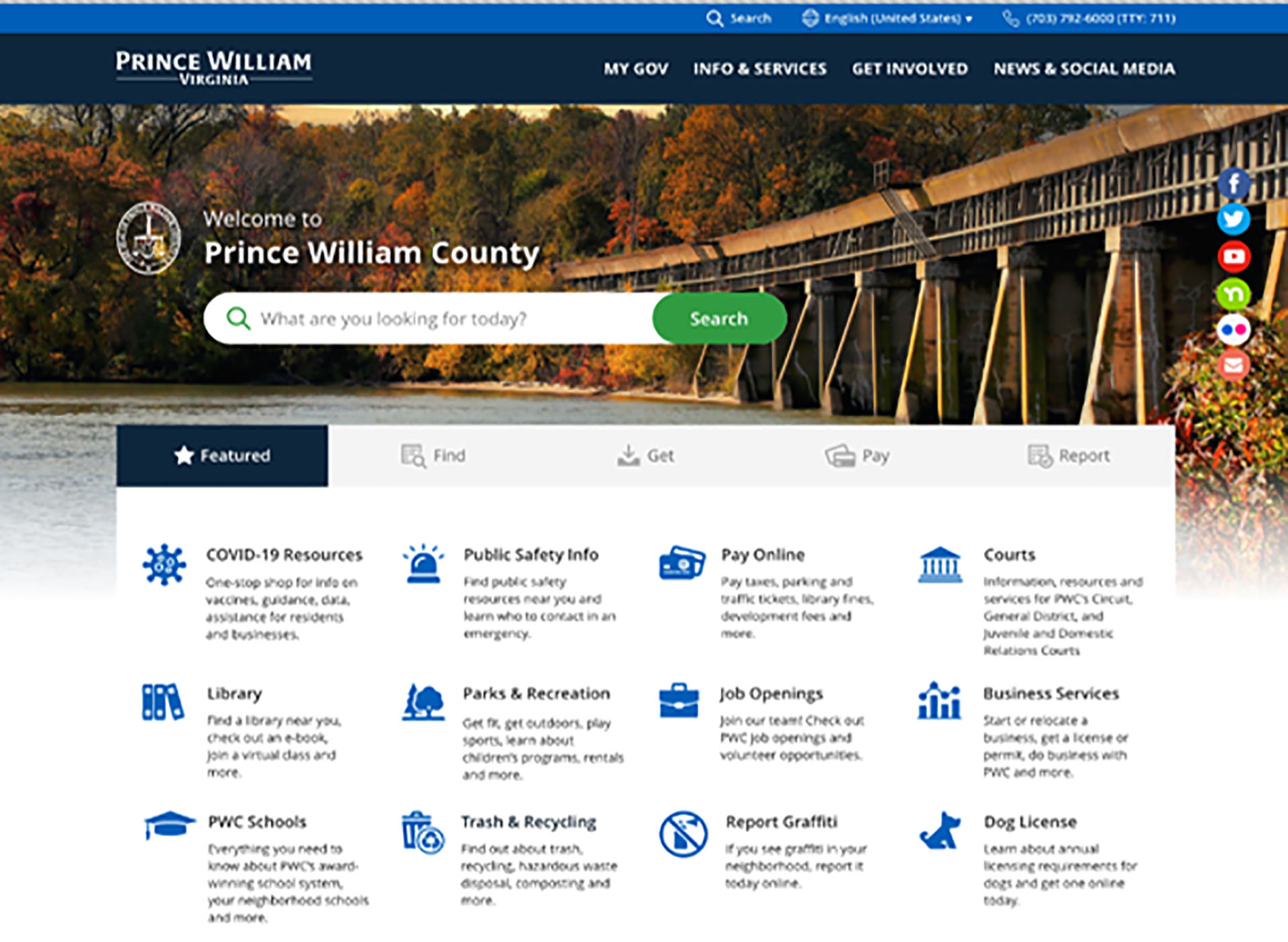 Photo courtesy of the Office of Communications

A new website will be introduced at pwcva.gov on April 30.

Easier navigation and a search option are some of the features, according to a release from the Office of Communications. It will be mobile friendly and Americans with Disabilities Act (ADA) compliant, as well.

Officials chose to create a new site after reviewing the current one and receiving feedback from visitors.

Over the course of several months, members of various departments have worked on the site, which seeks to be focused on users and offer information to community members.