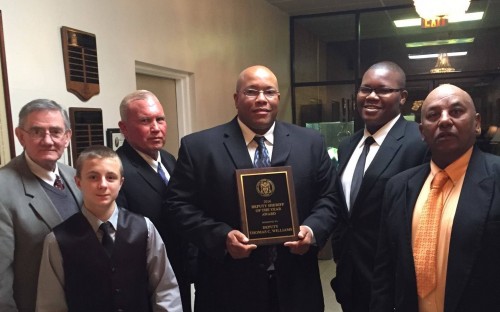 Community leaders in Prince William were recognized for their contributions at an awards banquet hosted by the Dale City Civic Association.

The Dale City Civic Association, which is a community organization based in Dale City that assists individuals in need, has hosted the banquet for more than 20 years.

While many of the award winners were from Dale City, several other community leaders and advocates were recognized.

“Each year this organization recognizes…individuals who have made a significant contribution to Prince William County, and especially those who reside in Dale City,” stated a release.

Here are the recipients of this year’s awards:

There were 19 individuals honored during this 2016 awards program.

Technician I Andrew Hale, Department of Fire and Rescue Firefighter of the Year Award