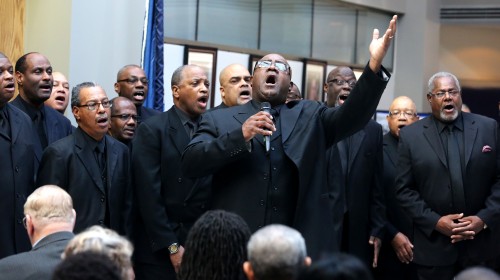 A program will be held for the celebration at 9 a.m. at the McCoart building at 1 County Complex Court in Woodbridge, according to a Prince William County Government release.

More from a county release:

The theme of this year’s program is “Blacks in the Media.” Jacquie Jones, a Peabody Award winner, will deliver the keynote address and talk about her experience as an executive television producer. Jones won the award for her PBS documentary, “180 Days: A Year Inside an American High School” that sheds light on school reform in Washington, D.C.

Phyllis Aggrey, the Executive Director of the Human Rights Commission, said the celebration will include the Human Rights Awards, which are given each year to people who have provided unique contributions to the community. “I think the day is important because it’s a day to recognize people who have contributed to civil and human rights throughout the year. It celebrates a day of diversity in our community.”

The event, which includes breakfast, is free and open to the public. People planning to attend should RSVP to the Human Rights office at 703-792-4680 or email pwhrc@pwcgov.org.

The United Nations declared Universal Human Rights Day on Dec. 10, 1948, to “recognize the inherent dignity and equal and inalienable rights of all members of the human family as the foundation of freedom, justice and peace in the world.”