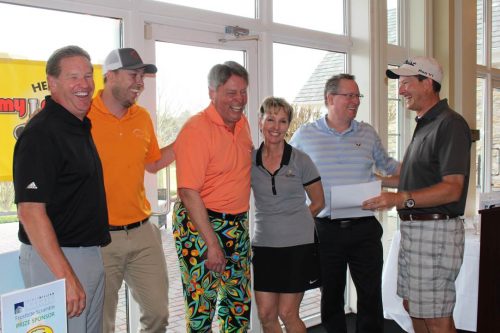 Earlier this week, several Chamber members hit the course at The Piedmont Club in Haymarket for the annual tournament.

“Rain was pouring right up until 30 minutes before the shotgun start when the weather finally broke and the sun came out; a stroke of luck for an event that has been played in bitter cold and freezing rain in years past,” stated a release.

“Each year the awards are presented to two local not-for-profit organizations and accompanied by a check for $1,000. The 2017 award recipients were Project Mend-A-House and the Center for the Arts of Greater Manassas/Prince William County. The Agnes Colgan Awards are named for Senator Charles Colgan’s (deceased) wife, Agnes, who was known for her generosity, volunteerism and philanthropy,” stated a release.