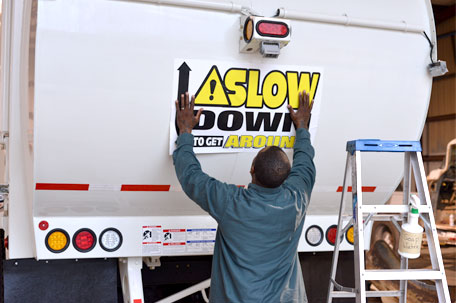 This week, thank a garbage man for the work that they do on National Garbage Man Day on June 17.

According to a release, “communities across the nation [need] to take a moment and show appreciation for the men and women in the solid waste management industry and particularly, our trash collectors, for the life-saving service they provide on a daily basis,” stated a release.

On June 16 and 17, the Prince William County Solid Waste Division will be giving words of thanks to trash haulers that come to their facilities, according to a release.

U.S. Bureau of Labor Statistics has data that shows that trash and recyclable material collection is the fifth most dangerous job in the country, with 40% of fatalities related to the job being due to transportation incidents, according to a release.

As part of the celebration, the Prince William County Solid Waste Division is trying to highlight a new law, titled ‘Slow Down to Get Around’ which states that drivers must drive 10 miles per hour below the speed limit and pass two feet to the left when passing a stationary garbage truck, according to a release.