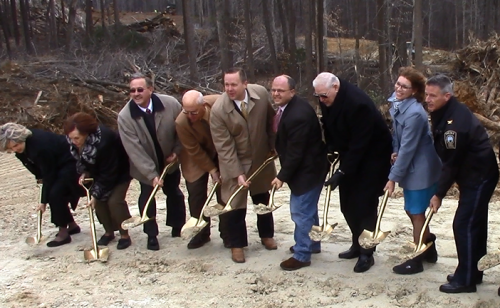 Prince William County is getting a new police station.

This new central police station will cost $28.6 million said Chairman Corey Stewart at the ceremony. The cost will be paid through the county’s general fund, according to county documents.

The Prince William police department currently has two police stations – one at the eastern, and one at the western end of the county. This third station is being built as a ‘Central District Police Station’, according to a release.

According to county documents, the station will be 50,000 square feet and primarily provide services to Dale City, Lake Ridge, and the Davis Ford Road corridor.

The building is slated to be open in about a year and a half, according to Hudson.

“We’re really, really proud of the work that’s gone into making this happen, this has been a dream going back into the 1990’s…this county continues to expand, and we’re obviously growing with it,” said Hudson.