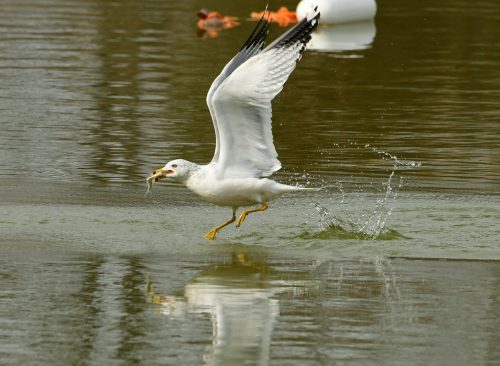 According to a release, the Prince William Board of County Supervisors (BOCS) voted to approve two right-of-way permits, which will allow the U.S. Fish and Wildlife Service and the U.S. Department of the Interior to improve and build up trails at the Occoquan Bay and Featherstone National refuges.

“The federal permits give the Prince William County Department of Parks and Recreation two-year construction rights-of-way and 50-year trail rights-of-way in each of the refuges,” stated a release.

According to Prince William County Department of Parks and Recreation Director Seth Hendler-Voss, the Occoquan Bay refuge project will cost $258,650 and will be funded by the county’s capital improvements program (CIP).

The Featherstone project will be funded with a $568,000 grant from the Federal Access Land Program and the county will pay matching funds totaling $146,250.

“We’re very excited to be knocking out a very large chunk of this trail corridor, and we’re looking forward to getting it open to the public. It will provide a new level of user experience on the property,” stated Hendler-Voss in a release.

The trails are scheduled to be completed by winter 2018.

The nearly two miles of trails will become part of the Potomac Heritage National Scenic Trail, which was conceived in 1983 as a U.S. National Park Service amenity and stretches between the Laurel Highlands of Pennsylvania to the Chesapeake Bay. “We now have the legal right to construct and maintain the trails,” said Seth Hendler-Voss, the director of the county’s Department of Parks and Recreation.

“Both wildlife refuges have trails through them. We’re just going to be enhancing them. There’s going to be some boardwalk and bridge crossings, but they’ll primarily be crushed stone and natural dirt trails.”

The Featherstone section of the trail will have spurs shooting off the main trail leading to fishing spots, observation areas and non-motorized boat access to Farm Creek and the Occoquan Bay.

Getting the permits is a significant accomplishment, Hendler-Voss said. “It’s a big deal. It’s taken years to get the National Park Service and Fish and Wildlife Service on board. This is the last step in what was a very lengthy process to get the easements.”

Trails in both of the wildlife refuges run on the east side of U.S. 1 to follow the Occoquan River and Occoquan Bay down to the soon-to-be-completed footbridge over Neabsco Creek. The trails will connect, through on- and off-road sections, to Rippon Park. Eventually, the trail system will connect to Potomac Shores and run down through Dumfries to the Museum of the Marine Corps and Locust Shade Park.