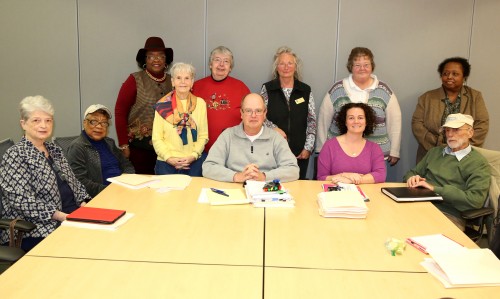 The Prince William Area Commission on Aging is celebrating 40 years of service to the county.

“The commission, through the years, has been actively involved in advising and advocating for the needs or concerns of our older citizens,” stated Commission Chairman Raymond Beverage in a release.

“We need to take care of the older people because they’ve taken care of the county for a long time,” stated the commissions’ Woodbridge district representative Sandra Dawson, in a release.

The establishment of the commission was part of an evolution in local, state, and federal government, to focus more on addressing the needs of the elderly.

More on the evolution of the commission and Agency on Aging, from a release:

Establishing the commission and the Area Agency on Aging came after President Lyndon B. Johnson signed the Older Americans Act into law in 1965.  By 1973, Beverage said, area agencies on aging were established in Virginia to fulfill programs under the act.

Over the years, the commission has seen their mission grow, as more people from the ‘Baby Boomers’ generation begin to retire.

“You’ve got Baby Boomers coming down the pike, and they’re all going to need advice and representation. The Commission on Aging is trying to do that for these people,” stated the commission’s Brentsville representative Willard Bennett, in a release.