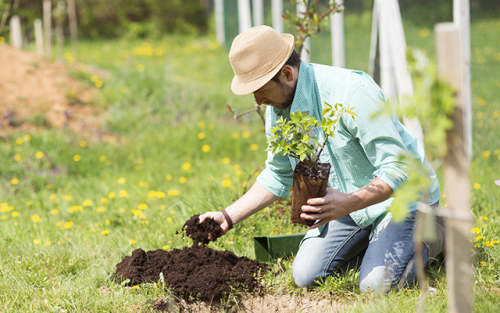 Prince William getting 5.5 acres of forest, thanks to $10K grant

Prince William’s going to get a bit greener, thanks to a grant from the Virginia Department of Forestry.

According to a Prince William County government release, the board of supervisors voted to accept a $10,000 marching grant that will allow the county to pay for and plant 2,200 young trees. Over the next 15 years, that will create a forest of 5.5 acres, stated a release.

The trees will be planted near the intersection of Minnieville Road and Spriggs Road, in an old horse pasture in Woodbridge, according to a release.

More on the grant program and goals of the project, according to a release:

The aim of the project, according to the grant requirements, is to plant trees to improve Virginia’s waters for the benefit of current and future citizens. The program’s goal is also to achieve long-term improvements in water quality through long-lived tree cover and raise public awareness about the benefits of planting trees for the health of streams and rivers.

According to a release, Flanagan stated that having more forested areas will help with storm water management, as well as protecting the streams from fertilizer runoff.

“It allows more storm water to infiltrate soils where it is cleaned by soil organisms before entering the water table and local streams,” stated Flanagan in a release.

Next steps for Flanagan include determining what types of trees to plant, according to a release.

“I walk the area to see what’s growing naturally in the forests that are adjacent to it and then I pick species. We come up with a species list, we give it to our contractor and he goes out and fills it in,” stated Flanagan in a release.