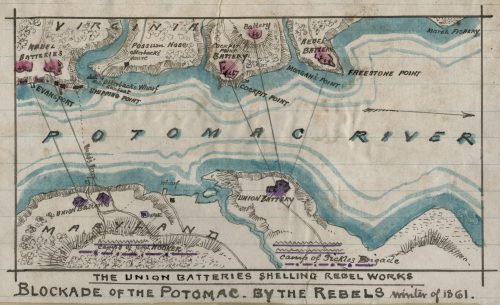 Preserved area from Civil War opening for tours in Dumfries

According to a release, the park – located at 18245 Cockpit Point Road – will open at 11 a.m. on March 11, and guided tours will be given by reservation.

“The Cockpit Point Battery, or canon emplacement, is eligible to be listed on the National Register of Historic Places as a site that has an integral part of history. To be listed, a site must remain intact enough to retain its historical integrity,” stated a release.

The site has some of the “best preserved earthworks and forts from the Civil War in Northern Virginia. It’s by far the best preserved Civil War battery associated with the Potomac Blockade,” stated Prince William Historic Site Operations Supervisor Rob Orrison said in a release.

More on the property and its history, from a release:

There are also two bald eagle nests on the property and the natural resources on the property are a real treasure with old growth forest, a large pond and wetlands, according to Orrison. “This property will be a real resource not just for tourists but also local residents.

The battery served as part of the Confederate’s Potomac Blockade against Union shipping between October 1861 and March 1862 and is the best preserved of all of the batteries that lined the Potomac River during the Civil War. The Potomac Blockade was established as a Confederate strategic plan to try and put pressure on the Union, which had to ship supplies, personnel and equipment by rail while the blockade remained in effect.

The Battle of Cockpit Point was the only naval battle to be fought in Prince William County.