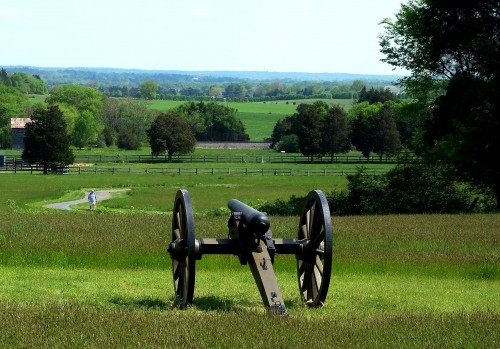 $77K to be used for study, preservation of Civil War battlefields

There are eight Civil War battlefields sites in Prince William, according to a release.

The Bristoe Station and Kettle Run battlefields are located in the western end of the county, at the intersection of Bristow Road and the Norfolk Southern Railway tracks.

With the $77,000 funding for the study, a preservation plan will be created for the battlefields, stated County Archaeologist Justin Patton in a release.

“The purpose of [the study] is to … document the historical extent of these battles and where troops moved across the landscape, and then use that historical information, working with the community, to develop some preservation goals and action strategies,” stated Patton in a release.

More on what is known about the battlefields, from a release:

The Battle of Bristoe Station occurred on Oct. 14, 1863 after Gen. A.P. Hill failed in his attempt to circle behind the Union Army and prevent them from reaching fortification in Centreville hoping to defeat them in open fields. Instead, Hill’s corps stumbled onto elements of the Union Army near the Orange and Alexandria railroad embankments, where the Union Army defeated the Confederate troops and captured a Confederate battery of artillery before continuing onto Centreville without further complications. The defeat was a setback to Gen. Robert E. Lee’s Bristoe offensive.

“The Historic Preservation Division staff of Prince William County has done quite a bit of research. They’re handing that off to our consultants. Our consultants are doing research. I think we’re going to be able to tell as complete a story about the battle as possible, and we’ll be able to use that information to the betterment of the project.  I think what we haven’t fully documented, is really what happened in each part of the landscape and how significant that was and what we as a community should do about those areas.”

Once the study is completed, Public Works will work with the community to develop the preservation plan, according to a release.

Comments on the study can be submitted to planning@pwcgov.org. For more information, contact Patton at jspatton@pwcgov.org or 703-792-7615.