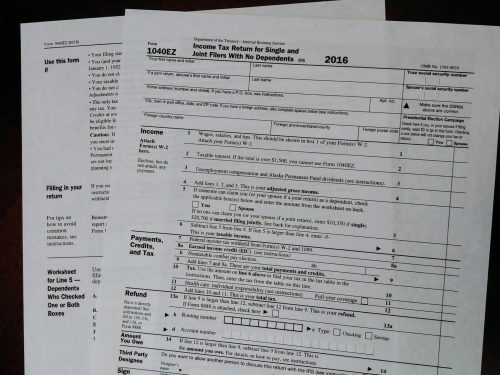 You may want to think twice before you run to pre-pay your property taxes before the start of the new year.

Word has been swirling around online following the passage of tax reform legislation in Washington, D.C., related to write-offs for property taxes for the coming tax year.

To take advantage of the existing write offs for their property, people across the country and in Northern Virginia ran to their local government’s tax offices to pre-pay. A long line formed outside the nearby Fairfax County tax office on December 27, with people hoping to gain the system by pre-paying.

But it looks like that may not pay off.

On December 27, the IRS made a statement about the coming changes in property tax deductions.

Because Virginia is a Dillon Rule state, the General Assembly sets guidelines for local governments to follow. One of these guidelines is that property assessments for a tax year take place from January 1. This means that the bill some are pre-paying in 2017 for 2018 doesn’t actually exist yet, and will not be counted by the IRS as a valid deduction. Other states, like Maryland, have different guidelines.

“It’s not a valid expense until you actually owe it…if you pay it, the odds of [the IRS] sending you a letter saying ‘we’re disallowing this’ – who knows whether they’ll actually catch it or not,” said a Prince William-based accountant that asked to remain anonymous.

Prince William County Communications Director Jason Grant said that while people are allowed to come to the county’s tax office to pre-pay their property taxes at any time, it’s only going to put a credit toward their account for future amounts owed.

“There is no bill to pay…next year’s taxes – no one will know what their bill is until the board adopts a budget that advertises the adopted tax rate,” said Grant.

Grant stated that anyone in Prince William who had pre-paid their property tax bill that would like to be refunded is able to do so.

Grant also stated that those with questions related to property taxes and any new tax regulations should speak with a certified accountant.