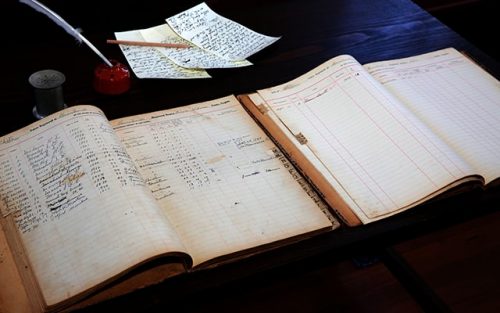 Winnings from a recent competition are helping preserve part of Brentsville District’s history.

Prince William County is receiving $2,000 to restore Brentsville District poll books from 1902, according to a release.

The poll books illustrate the first opportunities African American men had to vote.

The county won the money after the books placed fourth in Virginia Association of Museums‘ “Top 10 Endangered Artifacts for 2017” contest.

In the contest, community members voted for their favorite artifact online.

An 18th-Century merchant ship that was excavated at the new Hotel Indigo site in Alexandria and a segregated-era “colored” sink from the African-American Historical Society of Portsmouth outplaced the poll books in the contest.

The restoration process for the poll books has already begun, according to Prince William Preservationist Sarah Nucci.

“We need to have a conservator look at them to give us a price and exactly how much we can get done,” Nucci stated in the release. “They need to be rebound, and they will need to stabilize some of the cardboard on the covers.”

After the restoration process is complete, the books may be available for public viewing.

“We would expect that they will be displayed at the Brentsville Courthouse,” Nucci said. “Our plan right now is to preserve them and put them on display during the part of the year when the courthouse is open.”