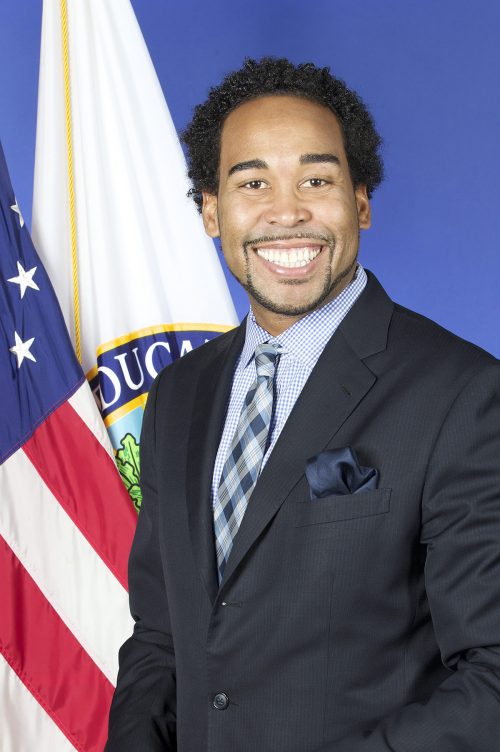 David Johns, former Executive Director for the White House Initiative on Educational Excellence for African Americans, will be speaking in Manassas on February 28.

According to a release, Johns will be speaking at 7 p.m. at the Colgan Theater at Northern Virginia Community College’s Manassas Campus at 10950 Campus Drive.

“David Johns will discuss the importance of supporting the education of African American students “from cradle to career’,” stated a release.

The initiative he ran “works across federal agencies and with partners and communities nationwide to produce a more effective continuum of education programs for African American students,” stated a release.

More on Johns, from a release:

Johns previously served as a senior education policy advisor to the Senate Committee on Health, Education, Labor and Pensions under the leadership of Sen. Tom Harkin. Before that, Johns served under the leadership of the late Sen. Ted Kennedy. Johns also was a Congressional Black Caucus Foundation Fellow in the office of Congressman Charles Rangel.

Johns has worked on issues affecting low-income and minority students, neglected youth, and early childhood education, and with Historically Black Colleges and Universities. His research as an Andrew W. Mellon Fellow served as a catalyst to identify, disrupt and supplant negative perceptions of black males within academia and society. Johns is committed to volunteer services and maintains an active commitment to improve literacy among adolescent minority males.

Free tickets are available here. Attendees can park in the B-lots on campus.