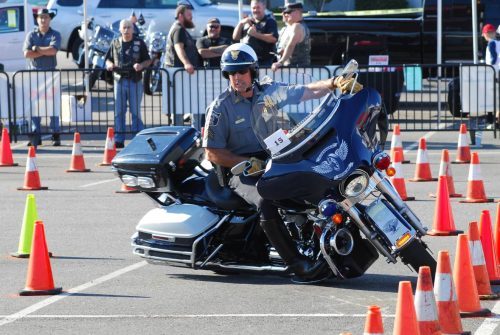 Update: The Mid-Atlantic Police Motorcycle Rodeo has been rescheduled to September 26 through September 29.

More than 100 motorcycle police officers will have their skills tested in a couple of weeks.

The Mid-Atlantic Police Motorcycle Rodeo is being held from September 12 through September 15.

It will be set up in the parking lot of buybuy Baby, which is located at Potomac Mills Mall in Woodbridge.

Not only does the event serve as a training and networking opportunity for riders, it also helps raise funds for Serve Our Willing Warriors (SOWW).

SOWW is a Haymarket-based non-profit that runs the Warrior Retreat at Bull Run.

September 12 through September 14 will act as practice days. Competitions will occur on September 15 from 8 a.m. to 4 p.m.

Attendees also have a chance to win prizes through raffles that will be held on September 15.