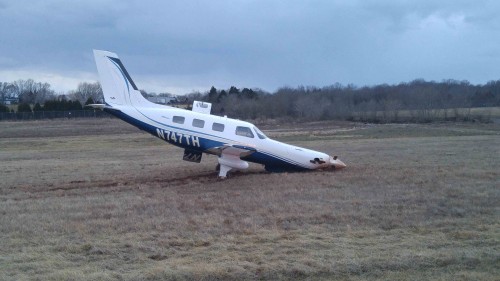 Plane crashed during landing in Manassas, no injuries

According to a city release, a Piper Malibu plane tried to land on the runway at the Manassas Regional Airport at 5:32 p.m., and ran off the side of the runway during the landing.

Fire and rescue teams from the City of Manassas and Prince William County were on the scene to assist, according to a release.

Only the pilot was in the plane at the time of the crash, and there were no injuries.

More information on this story as we have it.