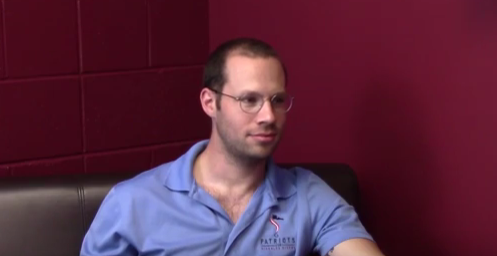 For this week’s Community Conversations, host ST Billingsley spoke with Rob Currer of Patriot Scuba, about the community work the business does.

Q: So where are you located, and tell me about your organization?

A: So we actually have two locations. Our first is in Old Town Occoquan the other is Fort Belvoir. We are a dive shop–local dive shop. Servicing both new divers, everything from entry-level all the way through professional certifications. We handle trips and travel as well as gear sales. Gear servicing pretty much fits scuba diving related and you want it, we can take care of it. So you can accommodate beginner an expert divers.

Q: Tell me a little bit what you do for the different levels?

A: Sure, no problem. So the initial certification is called the open water diver certifications through PATTIES the…Professional Association of Dive Instructors. And they’re the major market share worldwide. So it’s…an international certification. And what we do is we take you through a three-component course. The beginning is academic, so your traditional book, book work, which you have to be done via manual or when or in classroom with an instructor or one of the digital platforms including any learning and touch variety. We do well it’s all confined water training which we get you in the pool, teach all the skills based on scuba diver, get you in the gear, the nice safe water there.

And then we take you out to the open water still safe but a little more of their environmental conditions to account for in terms of visibility, current, that kind of thing. And really use that time to build up that confidence to be an independent diver. So that’s the first step and that can take you from there there’s lots that means you can follow whether you go to purely recreational and get into various specialties, such as deep diving, erect diving, or digital underwater photography.

Or even there’s a number of environmental certifications through Project Aware or conservation certifications…sea turtle awareness, shark conservation certifications. Those kinds of things. You can take up through rescue diver, which makes you a safer diver, that kind of thing. Or you can after that branch off into one of professional routes and start off with things like dive master, even learning to teach driving itself which we handle all of that. Soup to nuts. Whatever you want where we can train you to do it.

Q: So since we’re in the Washington DC area, are there a lot of people interested in diving, and as far as where you can go diving? What kind of things you actually go see you do around here or within a day’s drive?

A: That’s actually a great question. We get that one a lot. So the DC area actually is one of the top five producers of divers nationwide. In fact we come in higher than Hawaii, oddly enough, and so there’s a lot of folks out here who do dive. Locally it tends to be fresh water diving, with lots of lakes and quarries and things like that in the area. Some as close as the Rappahannock Quarry down in Fredericksburg. Some as far afield as Phoenix just outside of Petersburg, Virginia. We [have other]…places like Dutch Springs in Bethlehem, Pennsylvania. But for things like ocean diving, there’s great beautiful historic wreck diving up in New Jersey and in North Carolina. Some beautiful reefs down in the Florida areas, particularly the Florida Keys.

There’s a molasses reef down there, which is the third-largest Barrier Reef in the world, which a lot of people don’t know. It’s actually up there with the Great Barrier Reef in terms of a size, and some beautiful, beautiful life down there…DC’s a great portal to the rest of the world. We travel worldwide.

I was just in Fiji last March, in Curaçao in July this year, and then I’ll be in the Maldives at the end of September. So we go all over the place.

Q: And do you work with kids?

A: We do. We actually work with children as young as 5. Now with ages 5 through 7, we don’t actually take underwater. We have something called the SASSY program, or The Supply Air Snorkeling for Youth. And so what we do, is we get them in the complete scuba unit, which involves a tank and a regulator which is your breathing apparatus, and a unit called a BCE. So we’re going to control device. Now for those children, it’s–it’s really just a light jacket, so it doesn’t submerge.

It stays on the surface, but they can tool around on the surface, breathe off the regulator, get used to the feel of all that gear without any of the hazards of descending. Now once they turn eight, the preceding program called SEAL Team, and this essentially starts teaching them the skills to become a scuba diver. But it’s limited to the pool.

We have to do it in that really safe, really controlled environment of the pool, but we [do] this thing called ‘aqua missions’ focusing on a number of different things. So they learn things like mask clearing skills, regular recovery, they can learn some basic navigation in the pool. We can do things like night dives, we turn off the lights for the pool. There’s a digital underwater photography component. There we set up a little fake reef at the bottom, that kind of thing, you know get them involved, get them excited and hopefully teach them some things, and then once you’re 10 you can begin to work on your water diver certification.

It remains a junior level certification so there’s some further restrictions until your 15, at which point it becomes your full-fledged adult certification. You’re certified to dive to 60 feet with a buddy.

Q: So are there quite a few youth in our area that are interested in that? How many do you think you run through about a year – just roughly?

We’ve got some–hopefully working with the Girl Scouts this year, as well as the Sea Scouts doing some work with them as well. So there’s lots of interest for all in terms. And so you’re also involved with Patriots for Disabled Divers.

Q: So please tell me about that program.

A: Thank you. So Patriots for Disabled Divers is our nonprofit. So our founders, or our owners, Jeff and Mariyal, started it back in 2013, as a way to get back to the military community. Jeff is a retired Navy Captain. Actually submarine captain–we can get him out of the water, we keep trying.

He’s been the military–or had been in the military for 29 years, and grew up military, married into the Navy and so it’s been their livelihood. They wanted to give back to our disabled veterans primarily, and so it started off as a local nonprofit, actually it’s expanded nationwide. So while we’re based out of Occoquan, Patriots for Disabled Divers trains divers throughout, with affiliate shops in Pennsylvania, Texas, Florida, North Carolina, Georgia, California, Washington, and we just picked up a couple in Tennessee and Illinois as well.

So through that program, we train injured veterans and their families at no cost to them, to become certified divers. That’s all based on some research that’s been growing out of Johns Hopkins in particular, as well as a bunch of anecdotal evidence from these folks, specifically those suffering from post-traumatic stress disorder and traumatic brain injuries, that it’s had a lot of to say ameliorating effects on the symptoms of their conditions in terms of reduction in physical pain, increased mobility, feelings of freedom, that, that you may be losing [in] their day-to-day life school, some psychological benefits.

We’ve had reports of reduced anxiety, reduced headaches, clarity of mind that kind of thing. And then there’s the socialization aspects of it too. As you may be aware of, PTSD post-traumatic stress disorder, one of the–one of the major culprits…that’s been leading to the high suicide rates amongst these folks is the feeling of isolation. They have trouble communicating what they’re going through, or engaging the community. And so through this program – one, we get divers who have similar sorts of problems together to work through them as a team, because I think is inherently buddy sport never getting along. You always go diving with a friend. But also it gets their families involved, and it gets the community at large involved, so we get these people out and about back into the productive lives they were leading before for the deal with.

Q: That’s the part you don’t really always hear about with some of these other programs. Where with yours, you’re actually including the family, and you want them to be a part of it. You know that saved–and that really kind of keeps them all together and gives them some common ground there to work with.

A: Exactly. You know we want we don’ want to just build up one individual one but the whole community and we’ve had a lot of success in that area. In fact, one of the divers that I’ve been working with for the last two years he started out with the FBE, got his open water certification with us, in fact  he just passed his open water scuba instructor examination last month. And he started to teacher his daughter to dive. We’ve seen a lot of success.

Check back for next week’s episode of Community Conversations.