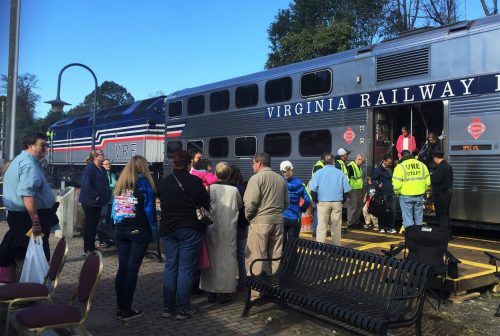 Manassas Park is getting a new parking garage at the Virginia Railway Express (VRE) station.

According to city documents, the parking garage is being built to address the need for additional spaces for commuters to park before hopping on a VRE train.

A study on the VRE station and ridership done back in July showed that by 2040 more than 560 additional spaces would be needed to accommodate growth.

The project is being funded by the Northern Virginia Transportation Authority, according to city documents.

The project will now undergo engineering and design, as well as an environmental review, before proceeding with construction.