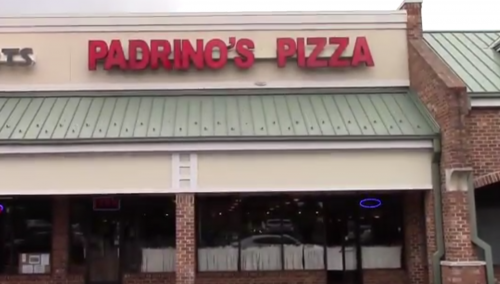 The Padrino’s Pizza on Smoketown Road in Woodbridge will be closing its doors for the last time on Sunday, following a 31-year run.

While Basile owns the other location in Dale City, he does not own the long-time Padrino’s 2 location in Dumfries.

Basile is being required to leave the Prince William Square Shopping Center location after losing the lease with Rosenthal Properties, the company that owns the shopping center a joint venture.

“We’ve been here for 31 years and we’ve been seeing a lot of changes in the area – especially big companies, you know, taking over the small businesses and make it very hard for small business to survive…we really appreciate all of our customers,” said Basile.

In conversation, Basile expressed his frustration about how the current economic climate makes it harder for small businesses to survive.

“Right now what’s making it hard for small businesses to compete is these big corporations – they come in here and they pay top dollar rent because they have millions of dollars…and then the shopping center thinks that they can charge that kind of rent to everybody,” said Basile.

Basile had been in negotiations with Rosenthal Properties for a year and a half when their previous lease agreement was up, but they couldn’t agree on terms, as they tried to raise the rates beyond what Padrino’s could afford. Through certified letter, Basile was told he had a month to vacate the property.

“We have some dishes, but we cannot charge for a pizza or sandwich – double the price to be able to afford for the rent,” said Basile.

It’s unclear at this time who will be moving into the vacant space.

“After 31 years, I thought these people were maybe gonna help us stay – pay the rent, maybe increase it a little bit and see what happened with the plaza,” said Basile.

Here’s the letter on the door of Padrino’s: