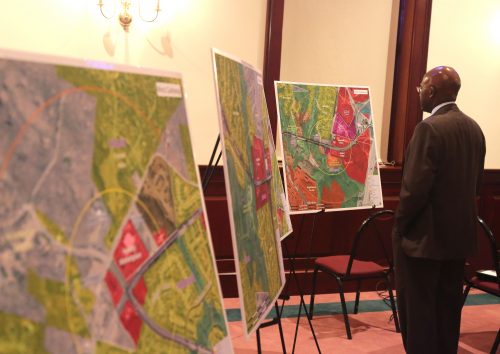 It’s time to see how the Dale City revitalization project is going.

According to a release, there will be an open house this evening from 6 p.m. to 8 p.m. at the Hylton Memorial Chapel at 14640 Potomac Mills Road, to see the results of “Dale City: Safety and Connectivity in a Planned Community, Transportation and Land Use Connections Project”.

The $30,000 study was funded by the Metropolitan Washington Council of Governments, and focused on the Dale Boulevard and Minnieville Road area of Dale City, stated a release.

The project started last year, when the American Institute of Architects’ Sustainable Design Assessment Team (SDAT) completed a study on Dale City, and made recommendations on how to make the community viable by creating two mixed-use town centers on Dale Boulevard, according to a release.

In addition to the recommendation for the town centers, SDAT’s study also called for exploring transportation and land use projects that improved bicycle and pedestrian safety according to a release.

“We’re looking at things like sidewalks, trails and that type of connectivity to really take a place that was originally developed as very auto-focused and make it more of a town center type of approach where people would be able to spend a lot more quality time by creating a sense of place,” stated the County’s Community Development Manager Ryan Foster in a release.

The county is currently looking at how to implement the mixed-use town center recommendation, according to a release.

According to a release, the open house will give residents the opportunity to hear updates on the project, the analysis that was done, and to ask questions.