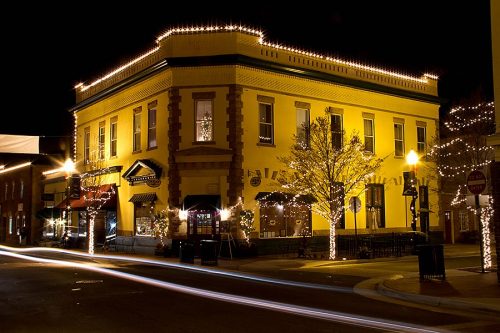 Okra’s to open second location at Virginia Oaks in Gainesville

Can’t get enough of Okra’s Cajun Creole? Then you’re in luck – they’re getting ready to open a second location at the Virginia Oaks Golf Club in Gainesville.

Okra’s began back in 1998, and has been a mainstay in Downtown Manassas for many years. The new location will mimic the current location with their lunch and dinner offerings and original menu, stated a release.

The new location is slated to be open this spring, according to a release.

More on the expansion, from a release:

New owners of the property have taken action to make the club a special place again by adding a proven golf management team and by recruiting Okra’s, a regional favorite in dining and nightlife to their team.

N’Awlins Fare such as Jambalaya, Shrimp and Grits, Red Beans and Rice, Po Boys, and their Famous Gumbo will be offered along with signature appetizers, entrees, and desserts.

Diners will enjoy a relaxing lunch or dinner atop a waterfall overlooking an island green. The setting for the new location is secluded and a little off the beaten path, which simply lends to its charm and appeal. In addition to daily operations, large indoor and outdoor banquet facilities are available at Okra’s® Bistro for weddings, banquets, and golf tournaments.

Okra’s® will be hiring a full complement of staff to include every position. Although filling management positions is the current priority, resumes and applications are being accepted now with an anticipated opening date sometime in early Spring. Fifty full and part-time jobs are expected to be added to our economy.