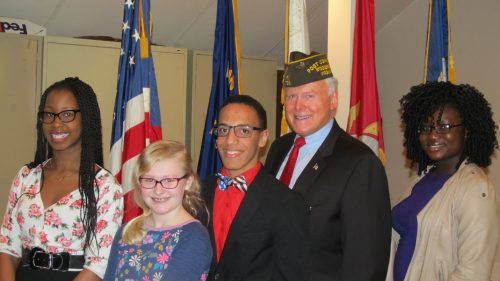 Occoquan’s VFW Post 7916 presented students with awards for the Voice of Democracy essay and speaking contest, and the Patriots’ Pen essay competition.

“This year the competition for both the high schoolers and middle schoolers was keen.  The spirit of Americanism was prevalent in all of the essays.  Our judges reviewed over fifty entries from schools in the Woodbridge area,” stated VFW Post 7916 Commander Chuck Wilson in a release.

Of the more than 50 entries for the contests, five winners were selected.

The following are the winning students: