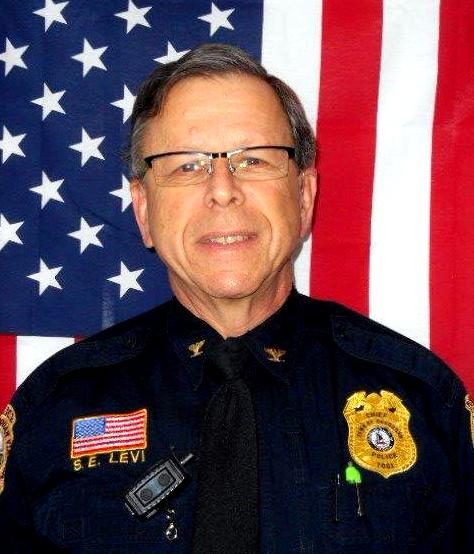 Occoquan Police Chief and Town Sergeant Sheldon Levi will be retiring on December 3 of this year.

According to a release, Levi announced his impending retirement at the September Occoquan Town Council Meeting.

Levi has served as the chief and town sergeant for more than six years, according to a release.

“Levi first joined the Town of Occoquan as an Auxiliary officer in 2007, and was appointed Chief in 2010, following Occoquan Town Sergeant Mary Brown’s departure. In June 2013, Levi, in addition to his police responsibilities, was appointed as Acting Town Manager,” stated a release.

In addition to his time in Occoquan, Levi has worked in law enforcement for Falls Church, Quantico, and Haymarket, according to a release.

Levi is currently Occoquan’s only full-time police officer, and during his time as chief he was able to expand the Town’s auxiliary police officer program to increase police coverage, while reducing costs, according to a release.

According to a release, Levi also has the distinction of becoming the first Occoquan Chief of Police to be designated as a Town Sergeant.

“Chief Levi has been much more than the Town’s chief law enforcement official in his tenure with the Town of Occoquan. He has been an integral member of Town staff during a period of growth and transition, and I offer sincerest congratulations to him on his pending retirement. He will certainly be missed,” stated Occoquan Mayor Liz Quist in a release.

Levi said that he will miss serving in Occoquan.

“I have been serving as your Chief of Police and Town Sergeant for over six years, but the time has come for me to open a new chapter in my life. It has been an absolute honor and pleasure to work for the Town of Occoquan…and I will miss working at the best job I have ever held,” stated Levi during the Occoquan Town Council Meeting.

Occoquan will be looking for Levi’s replacement in the coming weeks.