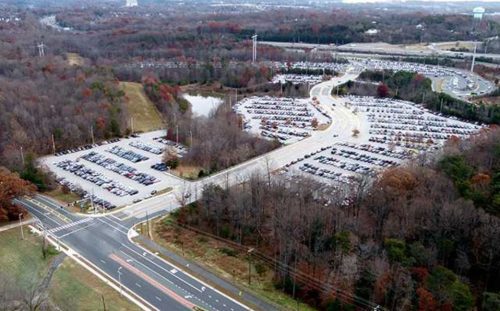 County officials are helping make the roads safer for commuters.

A new traffic light has been installed where the Horner Road Commuter Lot meets Telegraph Road.

For years, the Occoquan District crossing has concerned Supervisor Ruth Anderson, according to a release from the county.

More than 2,400 people park at the lot, which is one of largest in Northern Virginia.

“All you needed to do was stand there and watch it during commuter times in the morning and in the evenings, and you could easily see that for hours every day the intersection was unsafe,” Anderson said in a release.

At first, the light was included in the Longpointe Development, but Anderson didn’t want to wait until the project was finished to address the safety hazard.

Prince William County paid for the light and will be reimbursed by the developer.

“The owner of the development and the transportation agencies helped us out because we had so many residents calling us, so many commuters telling us that it was such an unsafe intersection,” Anderson said.