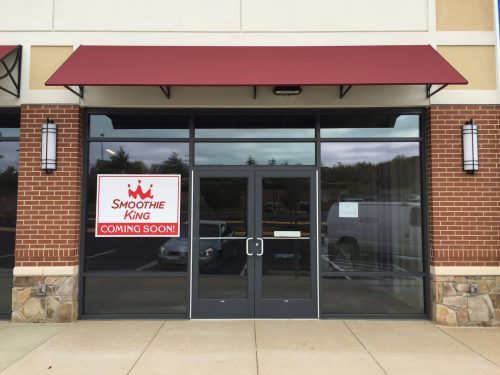 According to Smoothie King Manassas’ Facebook page, owners Jamie and Tim Smith are planning to open a new location in Bristow Center.

The Bristow Center location – at the corner of Nokesville Road and Linton Hall Road – will be open at the end of January or early February, due to construction delays, according to a release.

The Smiths are also working on finalizing a location at Haymarket Village Center – the Walmart shopping center near Route 15 and I-66 – and that is planned for a spring opening, according to a release.