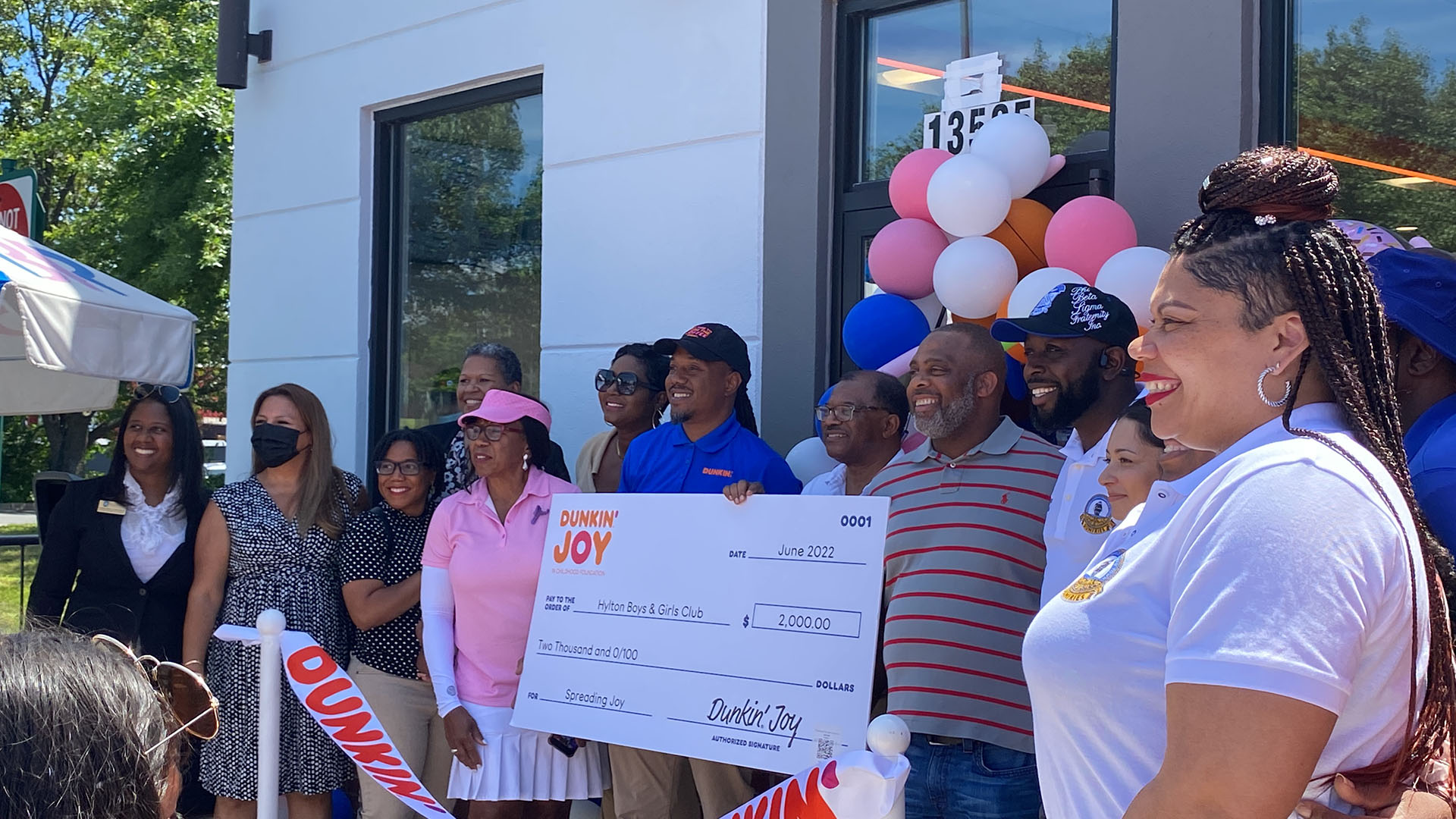 New Dunkin’ and Baskin-Robbins donates to Boys and Girls Club

Those living and working in the Woodbridge area are able to get their doughnut and ice cream fix at one place.

A new Dunkin’ and Baskin-Robbins restaurant set up shop this month.

During the ribbon cutting ceremony, a $2,000 check was presented to the Boys & Girls Club of Greater Washington.

“Now that we’re back in the community, our goal is to continue to serve and make the community better, and [by] giving to the Boys and Girls Club we’re able to do just that,” Johnson told What’s Up Prince William.

“They’re all about giving back and … partnering where they’re from, and that’s what this is all about,” Long explained at the ribbon cutting ceremony.

The new Dunkin’ and Baskin-Robbins gave a check to The Future Kings, as well.