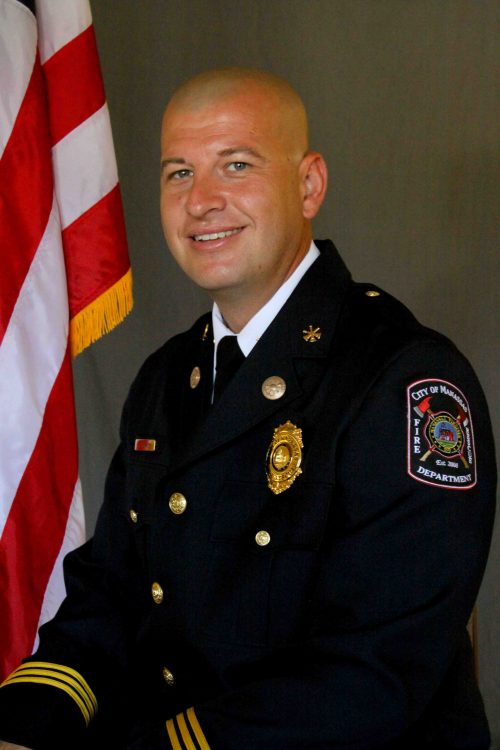 Manassas had a new Deputy Fire and Rescue Chief.

According to a release, following an extensive search, newly established Manassas Fire and Rescue Chief Rob Clemons announced that Todd Lupton would be the city’s new Deputy Chief of Fire and Rescue.

Lupton has been serving as a Battalion Chief for City of Manassas Fire and Rescue since 2011, according to a release.

A release stated that Lupton has more than 18 years of fire and rescue experience, and holds an Associate’s degree in EMS Technology and a Bachelor’s degree in Fire Science Administration.

Lupton has the designation of being a Chief Fire Officer and Chief EMS Officer through the Commission on Professional Credentialing, and is a certified Fire Officer IV and National Registered Paramedic, according to a release.

“In the five years Todd has been with the City, he has helped the EMS services grow to become award winning. I believe Todd has the leadership and management qualities that will help him excel as a Deputy Chief in our Department and for our Fire Service,” stated Clemons in a release.

During Lupton’s career he has served at every rank in the fire and rescue system, including Interim Fire Chief in several instances. He was also named EMS Administrator in 2013 by the Northern Virginia EMS Council, stated a release.

“Todd has a great range of experiences with Fire and Rescue Services and with combined volunteer and career systems. I know Chief Clemons is looking forward to having Deputy Chief Lupton as a member of his management team,” stated City Manager Patrick Pate in a release.