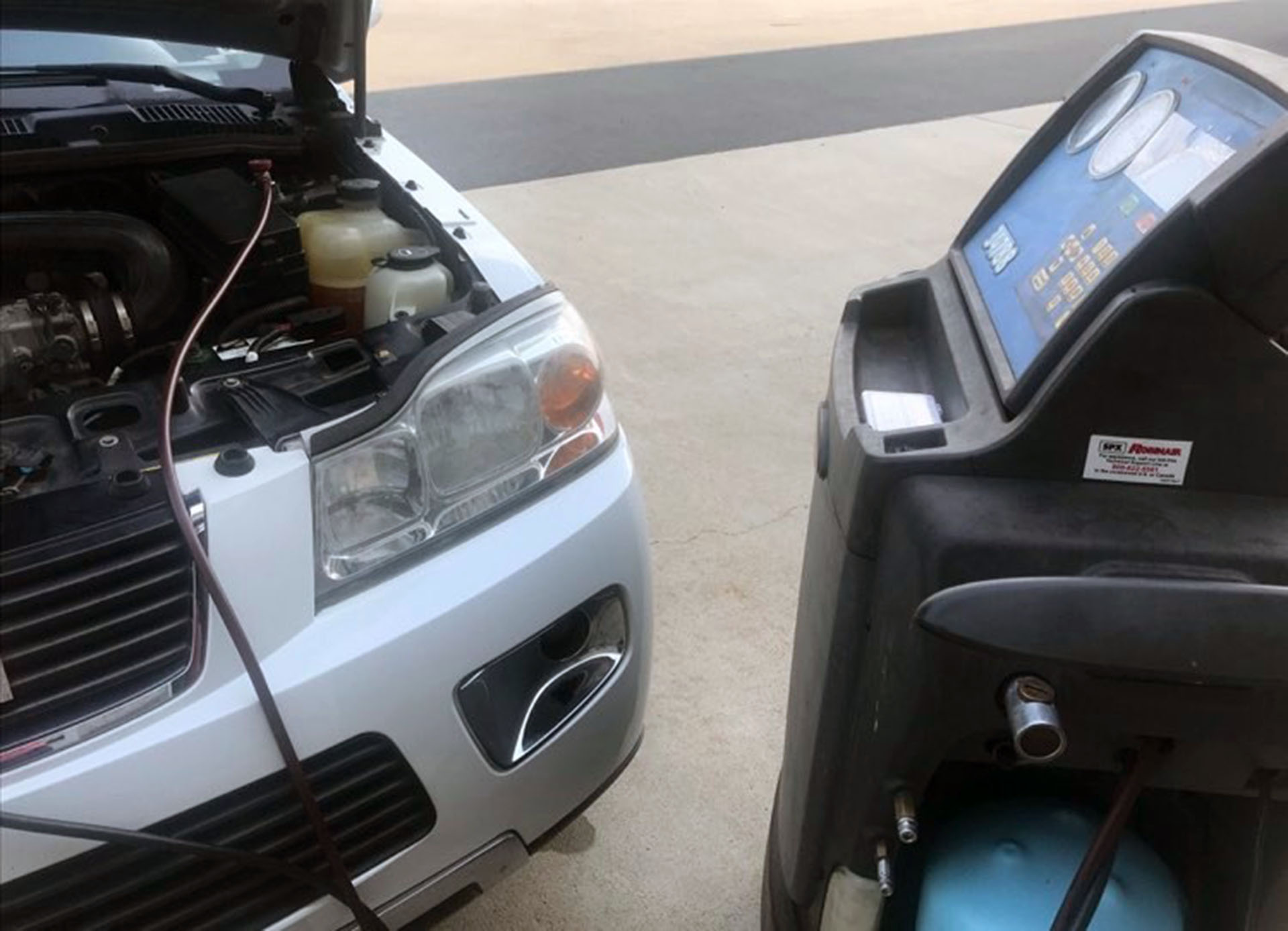 Are you having car air conditioning problems?

We have purchased a new air conditioning machine for refrigerant 1234yf, or R-1234yf.

R-12 was previously used in older vehicles. It switched to R-134 around 1995 to 1996. A couple of years ago, automotive manufacturers began transitioning to R-1234yf. All of these changes have been put in place to help the environment.

The Global Warming Potential (GWP) for R-134 is 1,430, while the R-1234yf GWP is 4, according to the United States Environmental Protection Agency (EPA). Additionally, R-1234yf doesn’t diminish the ozone layer and it has a much lower effect on Earth’s climate.

When checking for leaks after repairing a R-1234yf air conditioning system, we use a dedicated electronic leak detector and put an inert gas in the system to check for leaks before adding refrigerant, or Freon. Specialized tools are used to make sure the repair is done correctly, especially since the R-1234yf is very expensive.

With our R-1234yf machine, we have the ability to do pre checks and post checks — not only for a functional test and pressure test, but a vent temperature check before and after repair. This is part of our digital inspection that we send to our customers by email and text.

Special oil is required for R-1234yf air conditioning systems. We don’t want any cross-contamination from oil or freon from R-134 to R-1234yf systems. If there is, it can actually ruin the compressor very quickly. That’s why we chose to get a seperate machine, as opposed to a dual machine.

If there is R-1234yf in the air conditioning system, the machine will take out R-1234yf so it doesn’t get released into the air.