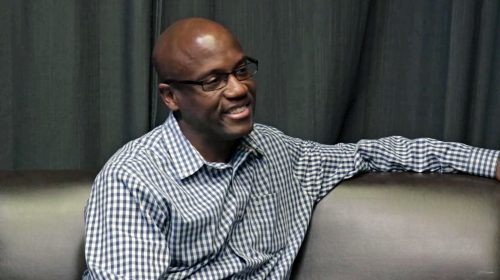 Supervisor Victor Angry is getting to know his district.

In April, Angry was elected to serve as the Neabsco District Supervisor on the Board of County Supervisors (BOCS).

Jenkins, who was on the BOCS for 36 years, passed away earlier this year.

Angry has started his term gathering information, meeting with the district’s 80,000 residents, and listening to their concerns.

The Dale City Volunteer Fire Department (DCVFD) Technician is also continuing to focus on areas that Jenkins was passionate about, including parks and recreation.

“Supervisor Jenkins was big at making sure our parks stay beautiful and are accessible to the citizens, and we’ve really been putting a focus on … disabled accessibilities, so making sure that everybody has access to parks and rec,” Angry explained.

He is also looking to increase safety for pedestrians and cyclists by connecting sidewalks.

Angry said he has learned quite a bit from Prince William County staff during the past couple of months.

“I’m just meeting a lot of good folks that are bringing me up to speed on how their departments work, and what the issues are, and then where I kind of fall in line with all of that, being one of eight on the board,” he added.