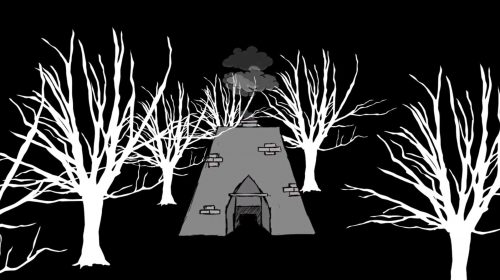 Prince William County is rich with history. However, over time, some of these stories have been lost to the residents. One such little-known story revolves around one of the wealthiest families in Virginia’s history and an Iron Works established.

According to Backus, the Neabsco Creek Iron Works were established by John Tayloe I in response to an iron shortage in Britain. New laws in Sweden had produced an embargo on iron meant for Great Britain, forcing them to find other sources. So, they looked toward their colonies.

McDonald Explained that unlike other plantation owners, the Tayloes diversified their holdings beyond the traditional tobacco farming that defined the nations wealthy elite at the time.

“The Neabsco Creek Iron Works was one of the first industries in Prince William County that is not tied to farming,” explained Backus.

However, the Iron Works complex would expand to include other businesses such as a ship builder and blacksmith, among other things. Shipbuilding was especially important to the iron works as it allowed easy transport of the pig iron produced there.

“The Iron Works decline began shortly after its peak in the 1770’s,” said McDonald.

This decline is in part due to the large amount of natural resources required to keep the furnace functioning. One of these resources, timber, led to mass deforestation of the area, and as a result a shortage. According to McDonald, this deforestation would also lead to gradual silting in of the Neabsco Creek.

To keep the furnace running, a lot of other resources, such as limestone and iron ore, had to be brought in. This, combined with the establishment of other iron works, throughout the United States made it a less profitable venture for the Tayloes.

“It’s also getting priced out of the market. There are over 300 iron furnaces and forges in operation in the United States in the 1790’s and a lot of them are more modern, better equipped and [have] closer iron ore than the Tayloes,” spoke McDonald.