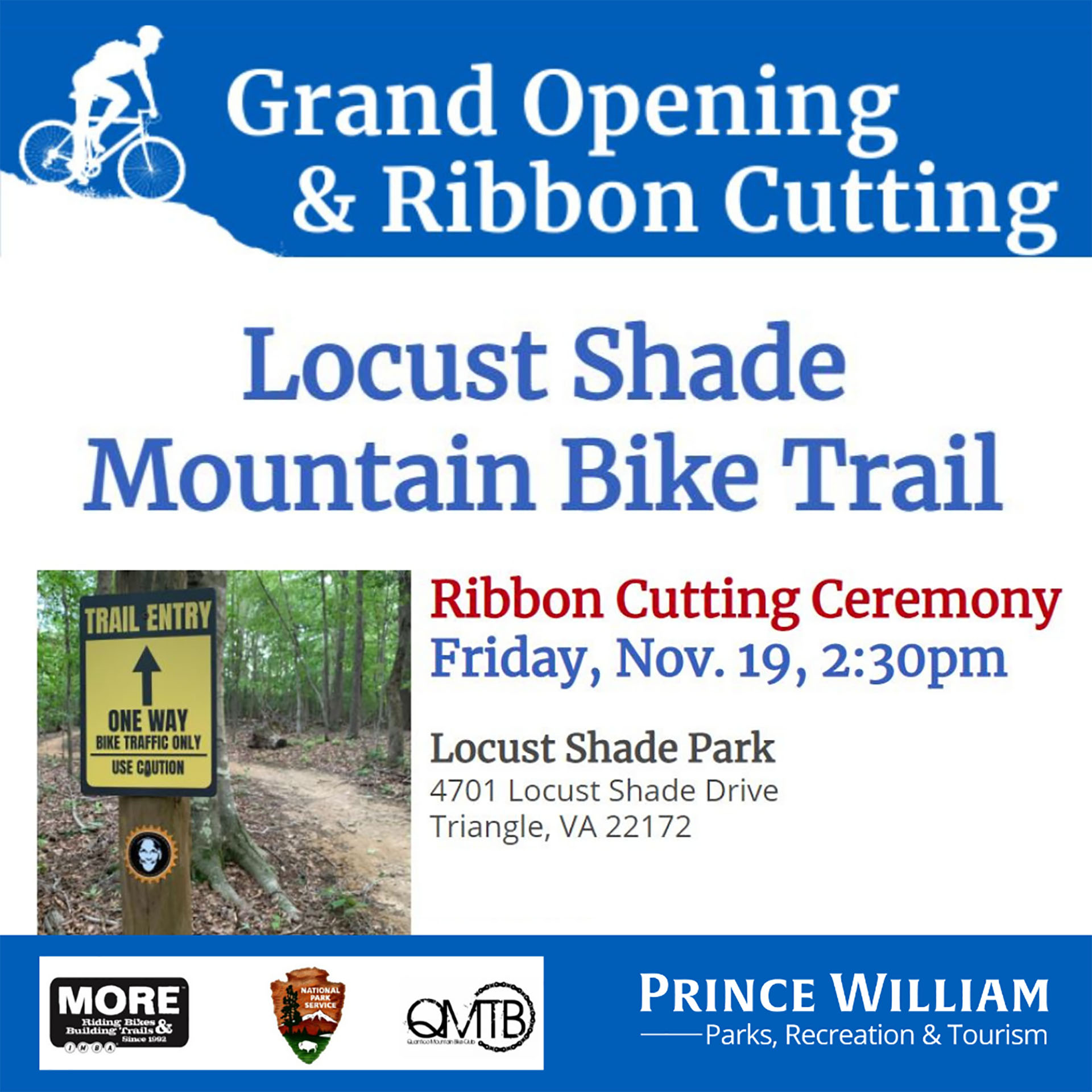 Locust Shade Park is gaining a new mountain bike trail. It’s the latest addition to a series of updates that have been made in recent years. A grand opening of the section, which is located at the north end of the park, will be held on Friday.

Our story begins a few years ago when the Prince William County Department of Parks, Recreation and Tourism began working with Mid-Atlantic Off-Road Enthusiasts (MORE).

Officials also met up with a Dale City resident, who saw potential at Locust Shade Park and felt that the county lacked a regional mountain biking destination, according to Prince William County Department of Parks, Recreation and Tourism Planner and GIS Analyst Robert Boyd.

MORE, a non-profit, received a grant from company REI that went toward the park. Since then, a mile-long “advanced only” trail has been established, and some trails were rerouted.

Locust Shade Park, which stands at 4701 Locust Shade Drive in Triangle, has seen new visitors, including guests from outside the county who learned about it from websites.

Boyd attributes this to MORE’s efforts in spreading the word.

For now, there are no additional plans set for Locust Shade Park. However, MORE is looking to improve trails at other parks in the county.

“It’s a great time to expand our trail system and … improve where we can, because … we’ve seen such a boom of usage at all our parks and especially the trails,” Boyd explained.

Volunteer opportunities are available at MORE. Additional information can be found on MORE’s website.