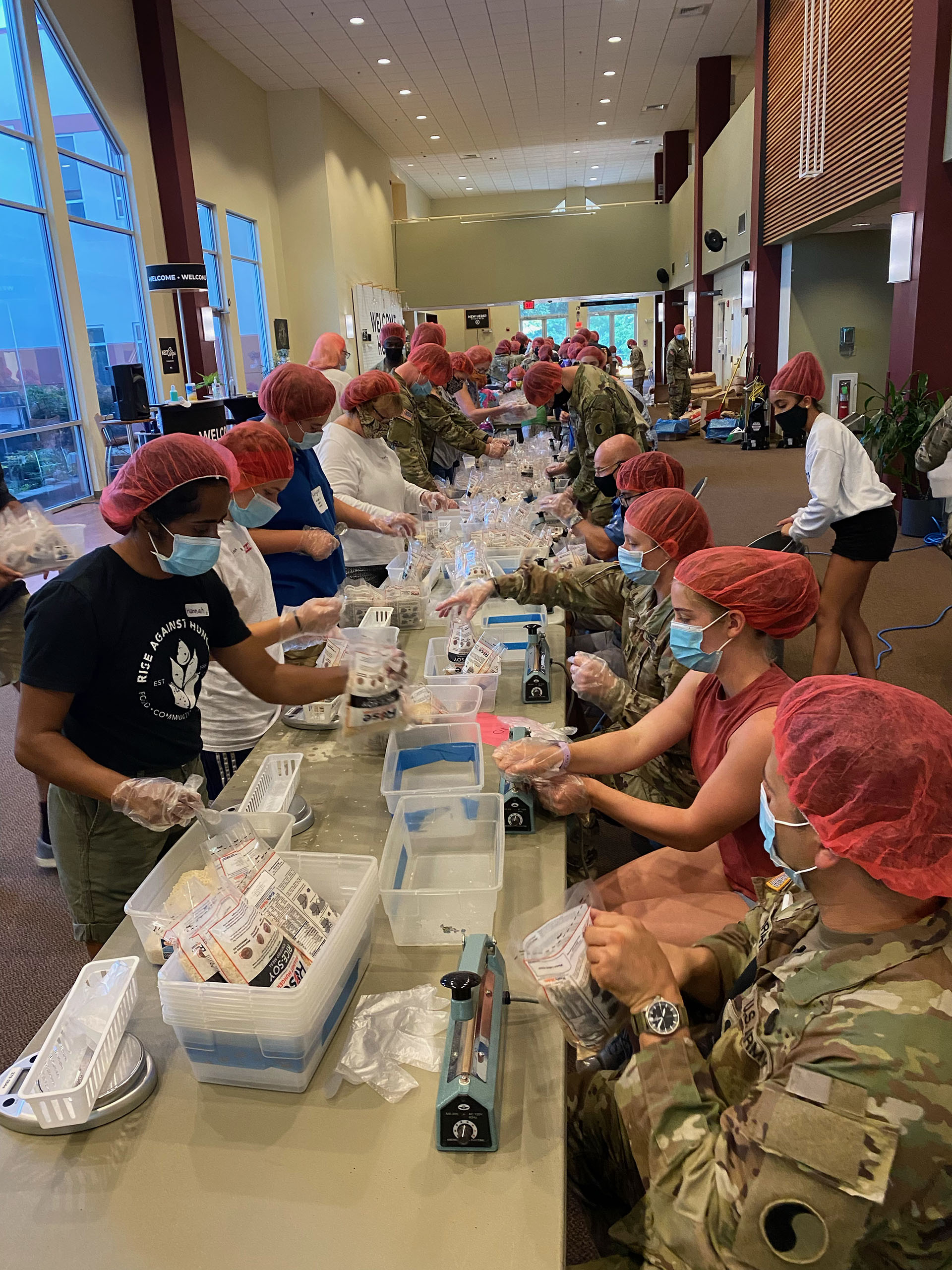 A homeschooler is using his Eagle Scout Project to help feed others.

More than 10,100 meals were packed for Rise Against Hunger at Chapel Springs Church in Bristow on August 13, according to a release submitted by Kristina Kotlus. Members of the Manassas National Guard were among the more than 60 volunteers.

Riley Kotlus’ friends and neighbors, those from Chapel Springs Church, and other homeschool students also participated.

“I am so thankful to my community for supporting me in this project,” Riley Kotlus said in a release. “It was truly humbling to be able to not just accomplish a goal, but to do it with so many people who were willing to believe in this cause with me.”

Becoming an Eagle Scout has been a goal for the Manassas resident ever since first grade, when he became a part of Tigers.

While hiking and camping, he has seen previous Eagle Scout projects, like gardens and benches.

“I wanted something that would have an immediate impact and would not rust, rot, or fall apart over time,” Riley Kotlus explained.

In addition to raising the $2,400 needed to pack the meals, the rising senior collected more than $4,100 that Rise Against Hunger will use for a Prince William County program.