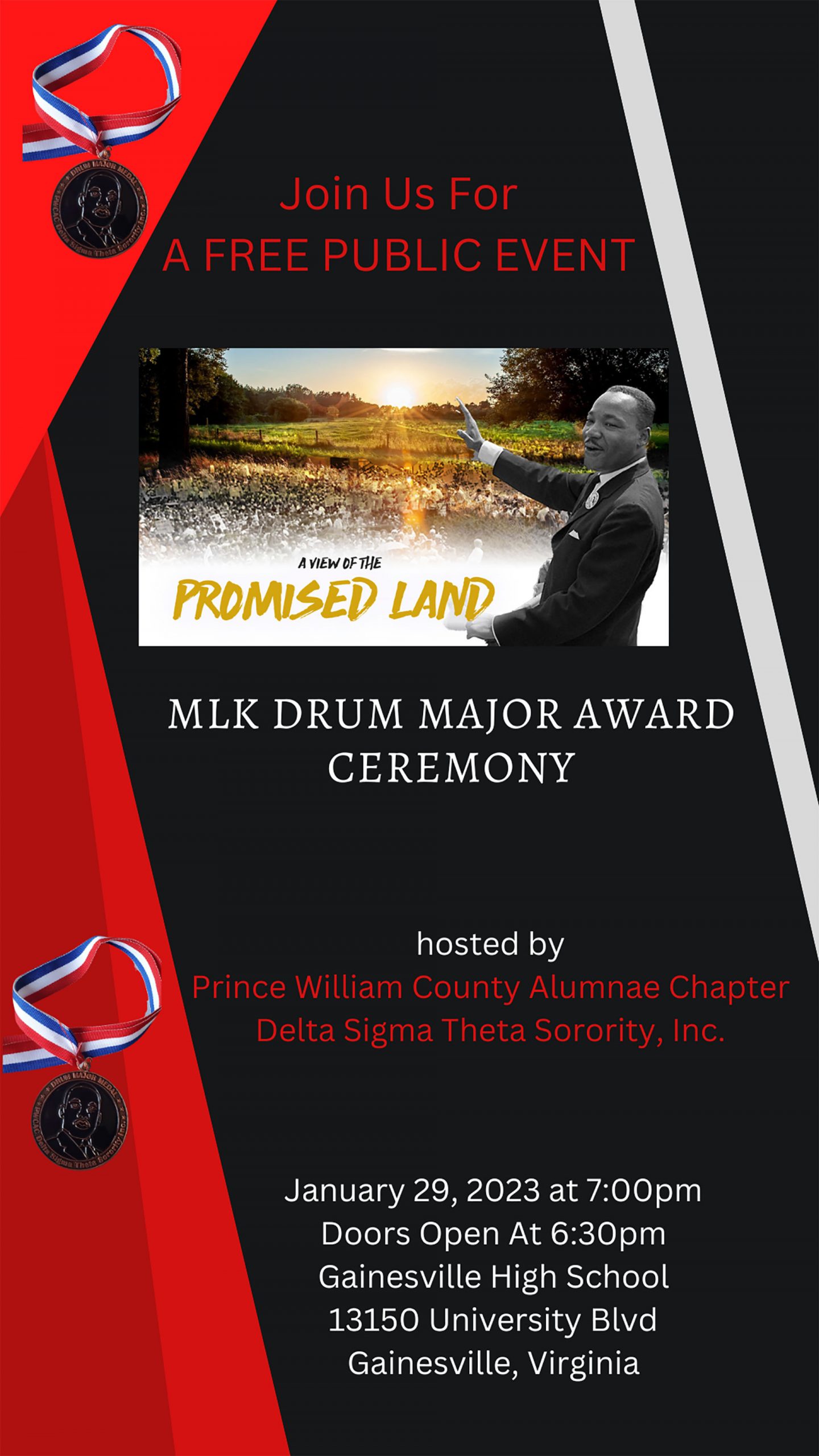 Student award winners will be recognized in Gainesville this weekend.

An MLK Drum Major Award Ceremony has been scheduled for Sunday. It starts at 7 p.m. at Gainesville High School, 13150 University Boulevard.

Those planning to attend may begin entering at 6:30 p.m. and should go through door #33 at the school monument, according to a release from PWCAC-DST.

During the free program, Sakshi Gowda and Shavonne Davis are going to receive the “Best Before the Audience” Award. Martin Luther King, Jr. Youth Oratorical Competition and Program participants and other awardees, including the visual arts competition winners, will also be honored.

The artwork, which was made by fourth- through 12th-grade students, can be seen in February. They will be set up at the Open Space Arts Gallery that’s at Stonebridge at Potomac Town Center, 15000 Potomac Town Place in Woodbridge.

In addition to award presentations, the MLK Drum Major Award Ceremony will features performances by:

Additional details about the oratorical competition and program and PWCAC-DST are available on the sorority’s website.