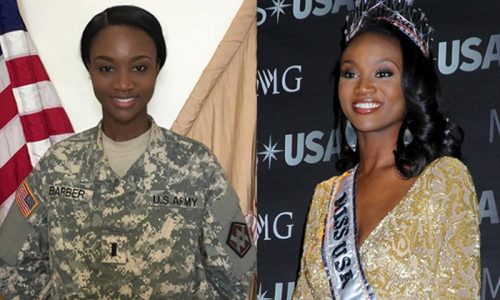 Former Miss USA and Army Reservist Deshauna Barber will be among the special speakers attending the Prince William Chamber of Commerce’s annual ‘Salute to the Armed Forces’ luncheon.

The luncheon will be held on January 23 at the Clubs at Quantico at Marine Corps Base Quantico from 11 a.m. to 2 p.m.

Barber will be sharing her thoughts on hiring military veterans, and what can be done to better transition veterans into civilian life, according to a release.

“The event will featuring moving accounts of local personal and professional connections to our nation’s military along with recognition for outstanding young Soldiers and Marines. The Chamber is also expecting several World War II Veterans as special guests,” stated a release.