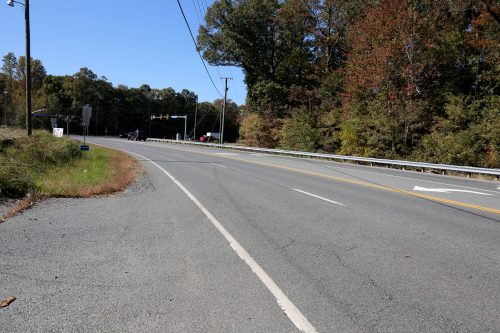 According to a release, drivers should be prepared to see utility workers on the stretch of Minnieville Road between Route 234 and Spriggs Road, as they prepare to widen the road from two to four lanes.

The project is meant to ease traffic congestion and to add new traffic signals and traffic patterns to Route 234, stated a release.

“Because it’s going from two lanes to four, it’s going handle a larger volume of traffic. The level of service will be increased by the dual lanes in each direction,” stated Prince William construction manager for the project Rich Windish, in a release.

Funding for the widening project came from Prince William funds, the Northern Virginia Transportation Authority, and the Virginia Department of Transportation, according to a release.

According to a release, Minnieville will remain open for most of the widening, but a detour may be set up when the work on the project crosses Powell’s Creek.

“For the most part, we’re setting up a couple of temporary road situations. There may be a point where a detour has to happen when we do the culvert crossing for the bridge, but generally we’re going to try to keep the road open as much as possible to full traffic,” stated Windish in a release.

The project is set to be complete in November 2018, stated a release.