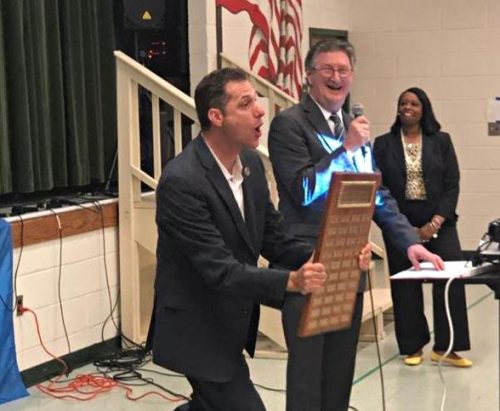 Two administrators from a Dale City school have been recognized by a statewide organization.

Ellis was presented with the 2019 NAESP National Outstanding Assistant Principal of the Year Award.

“At Minnieville, our vision states that we ‘Soar for Excellence’ and we do everything we can to live up to this standard,” Provencio said in a release. “We have phenomenal teachers, families, and students! Being a part of this outstanding school culture is truly amazing. I am so honored to be named the Virginia National Principal of the Year, but even more honored to share this recognition with our outstanding Assistant Principal Deborah Ellis, who also won the Virginia Outstanding Assistant Principal of the year.”

Both administrators began working at Minnieville Elementary nine years ago.

Ellis, a former assistant principal for West Gate Elementary School in Manassas, received her bachelor’s from Bennett College in North Carolina. She gained her master’s from Trinity University in Washington, DC.