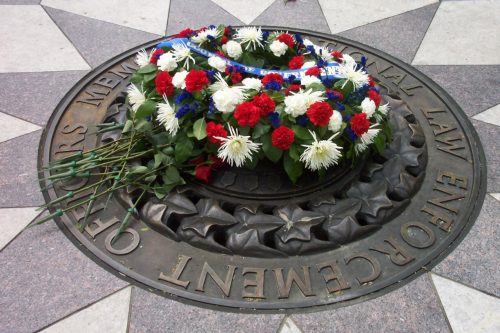 Memorial service to honor fallen law enforcement in Woodbridge, May 8

With National Police Week coming up May 14-20 and National Peace Officers Memorial Day on May 15, the Citizen’s Police Academy Alumni Association is hosting a tribute service in Woodbridge.

“Each May, communities nationwide pay tribute to the thousands of law enforcement officers who have made the ultimate sacrifice in service to their communities,” stated a release.

The memorial and tribute service will include a candlelight vigil for fallen officers that have served in Prince William County and the Northern Virginia area. The service will be held on May 8 at 7 p.m. at the Ferlazzo building at 15941 Donald Curtis Drive.

“This annual event – which is free and open to the public…honors the lives and service of 17 men and women who lived or served in Prince William County and died in the line of duty,” stated a release.