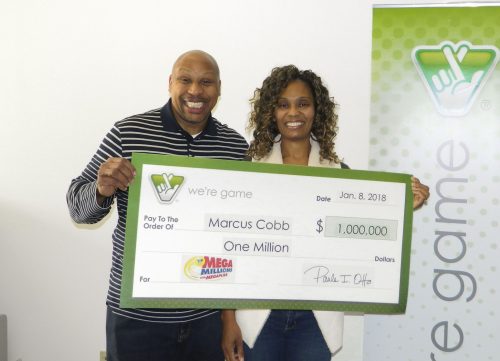 According to a release, the jackpot for Mega Millions had stood at $450 million when the winning numbers were drawn.

Cobb didn’t immediately check his ticket to see if he was a winner when the numbers were selected, as he had heard someone else had been named a winner, but when he did check his ticket, he discovered that his ticket matched the first five numbers – missing only the Mega Ball number.

“I looked at my ticket and I was stunned. I looked at the ticket again and again, and then I started yelling to wake everyone up,” stated Cobb in a release.

“He used Easy Pick, allowing the computer to randomly select his numbers,” stated a release.

Cobb and his wife intend to save the winnings for their children’s college education.