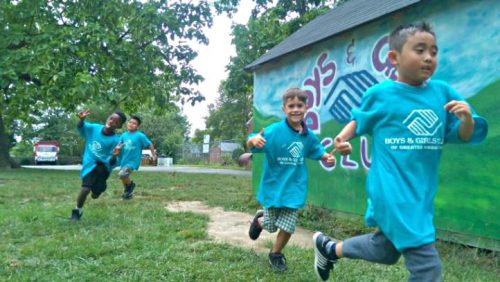 Want to run a marathon?

Experienced runners and those just starting out can complete a marathon and support area youth programs.

Boys & Girls Clubs of Greater Washington (BGCGW) is a Charity Partner for this year’s Marine Corps Marathon and 10k.

Runners can help raise funds for the clubs by joining the team.

Each teammate has a $1,000 fundraising goal and will receive their racing bibs once they’ve collected $500.

A kick-off party, fundraisers and a carb-o load dinner will be held leading up to the races, which are slated for October 27.

Considered one of the largest marathons in the United States, the Marine Corps Marathon will begin near the Pentagon.

Part of the race will go by the National Mall in Washington, D.C., according to Culmore Boys & Girls Club Branch Director Patrick Leonard.

“It’s just … a really special race that people travel all over the world to come run,” Leonard said. “And so, for those in our backyard it’s right here for the taking.”

Until a couple of years ago, Leonard hadn’t run more than a few miles at a time.

“I was inspired by all of these strangers, essentially, signing up to run for kids that I work with every single day,” he said. “So, I said, ‘You know what? I’m going to get out there and try.’”

More information about registering for the BGCGW team is available on the BGCGW website.