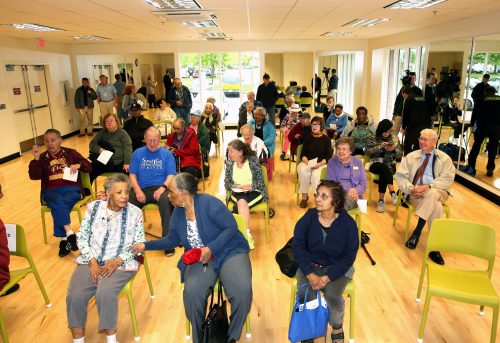 The Manassas Senior Center has expanded to offer more activities for the area’s seniors.

According to a release, it took a decade of work to get the Manassas Senior Center’s wellness and fitness space open, but the time has finally come.

In addition to the proffer funds, the Prince William County Board of Supervisors contributed $132,123, the City of Manassas contributed $25,000, and the Friends of the Manassas Senior Center donated $5,000 toward the $600,000 expansion cost, according to a release.

The center had it’s ribbon cutting recently, to celebrate the new space.

More on the expansion, from a release:

Mary L. Livingston, a retired federal government employee, has already used the room for exercise classes and said she really enjoys the new space. “I think it’s really nice. I like the mirrors, and I just really like the atmosphere in there.”