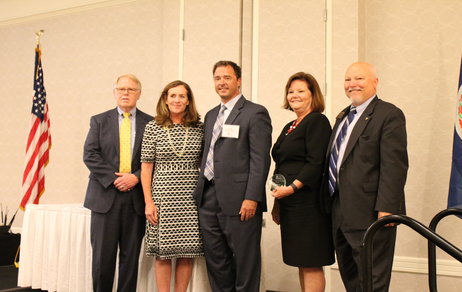 According to a release, five area school division received the honor, and were recognized by Virginia’s First Lady Dorothy McAuliffe at the VSBA Conference on Education in Richmond.

The competition was created in 2012 “to educate, engage, and empower school leaders to address childhood hunger and provide all students in Virginia with healthier, more nutritious school meals,” stated a release.

More on MCPS’ program, from a release:

The MCPS Second Chance Breakfast is a program that provides students with another opportunity during the school day to obtain a healthy, nutritious breakfast outside the normal breakfast hours. MCPS currently runs the program at Metz Middle and Mayfield Intermediate schools.  The “grab-and-go” option allows students to “refuel” right in their classroom.  According to school staff, this is especially beneficial for students who have a later lunch period.