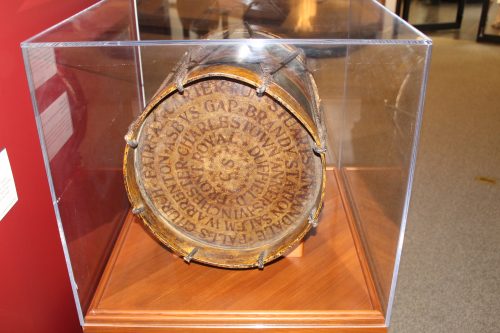 You may want to stop in to the Manassas Museum to check out the exhibit on John Singleton Mosby.

Known as the ‘Grey Ghost’, the Fauquier County native has an interesting story that starts with his time as a Confederate Calvary officer, according to Museum Programs Coordinator Doug Horhota.

“He was a Confederate Calvary officer…he was known as what you would call an ‘irregular’ officer, which means that his command did not always serve in the field. His troops would traditionally mount raids throughout Northern Virginia, somewhat in Prince William County,” said Horhota.

During the war, he also made an interesting friend.

“One of the things he did, as a legacy – which is kind of unique – is he befriended a small boy when he was an older gentleman, well into the war, named George Patton,” said Horhota.

Horhota said that the boy was General George Patton, who learned about Mosby’s tactics during the Civil Warm and ended up using them in his own military career.

The four panel exhibit will be up through the end of August, and showcases artifacts from before and during the Civil War, including the Colt pistol Mosby used as a Confederate officer, said Horhota.

Entry into the Manassas Museum is free.