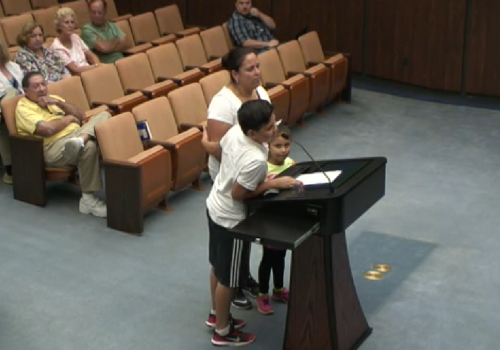 300 Manassas individuals to be displaced from trailer homes, due to sewage

300 individuals living at the East End Mobile Home Park on Centreville Road in Manassas will be forced to leave their trailer homes, due to sewage issues.

The 58 mobile homes on the property currently run on a private system “in which excessive amounts of ground water are infiltrating the system, resulting in sewage being spilled on the ground,” stated city documents.

According to city tax records, Loretta Clarke is the current owner of the two parcels that make up the property. The City of Manassas has cited the owner repeatedly in recent years, for cracks in the property’s water and sewer systems, according to a release.

“Residents have complained that the onsite sewer system has discharged raw sewage onto the ground, and the failing pipes also pose significant problems for the City’s utility system because storm water flows through the cracks in the property’s sanitary sewer pipes and from there into the City’s sewers. The failure of this property’s water and sewer systems is a public health and safety issue due to unsanitary conditions and the increasing difficulty that the City has in handling the volume of storm water,” stated a release.

According to city documents, the water infiltration has caused ground water to be treated at the Upper Occoquan Sewer Authority as though it were waste water, which “increases the cost to all citizens of the City of Manassas and consumes limited sewage capacity.”

The property owner made the city aware that they are unable to fix the problems with the water and sewer systems, and that they were unable to borrow funds needed to make the repairs, stated a release.

A release stated that the city was faced with two options in handling the situation – shutting down access to the city’s sewer system to the mobile home park, which would have led to the immediate ejection of all residents, or finding an alternative solution that would allow a more gradual relocation process for the residents on the property.

Following a vote from the Manassas City Council, it was decided that the city would purchase the property for $1.9 million, according to city documents.

“Once the residents have vacated the mobile home park and the owner has closed it, the City will then purchase the real estate, disconnect the system and clean up the site. This process allows residents time to relocate and may allow the City to recover some of its expenses by reselling the site in the future or by adapting it for public use,” stated a release.

The residents will be notified by the city, and an informational meeting will be held in the coming weeks, to determine the process. According to a Manassas official, the city’s Department of Human Services will be working on a relocation package to help the impacted residents.