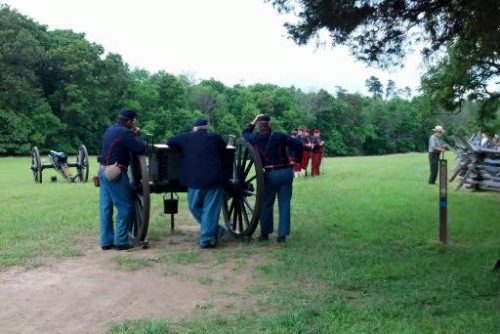 The City of Manassas announced this afternoon that their planned Civil War Weekend event had been canceled.

The event was scheduled to take place August 25 through August 27.

The decision was made in response to the protests and incident that took place in Charlottesville last weekend.

Here is the statement issued by the city:

Recent events have ignited passions in this country surrounding the Civil War and the symbols representing it.  The City of Manassas is saddened by these events and abhors the violence happening around the country.  The City does not wish to further exacerbate the situation.  Consequently, Civil War Weekend, which was to be held Aug. 25-27, has been canceled for the safety of our residents, visitors and reenactors.