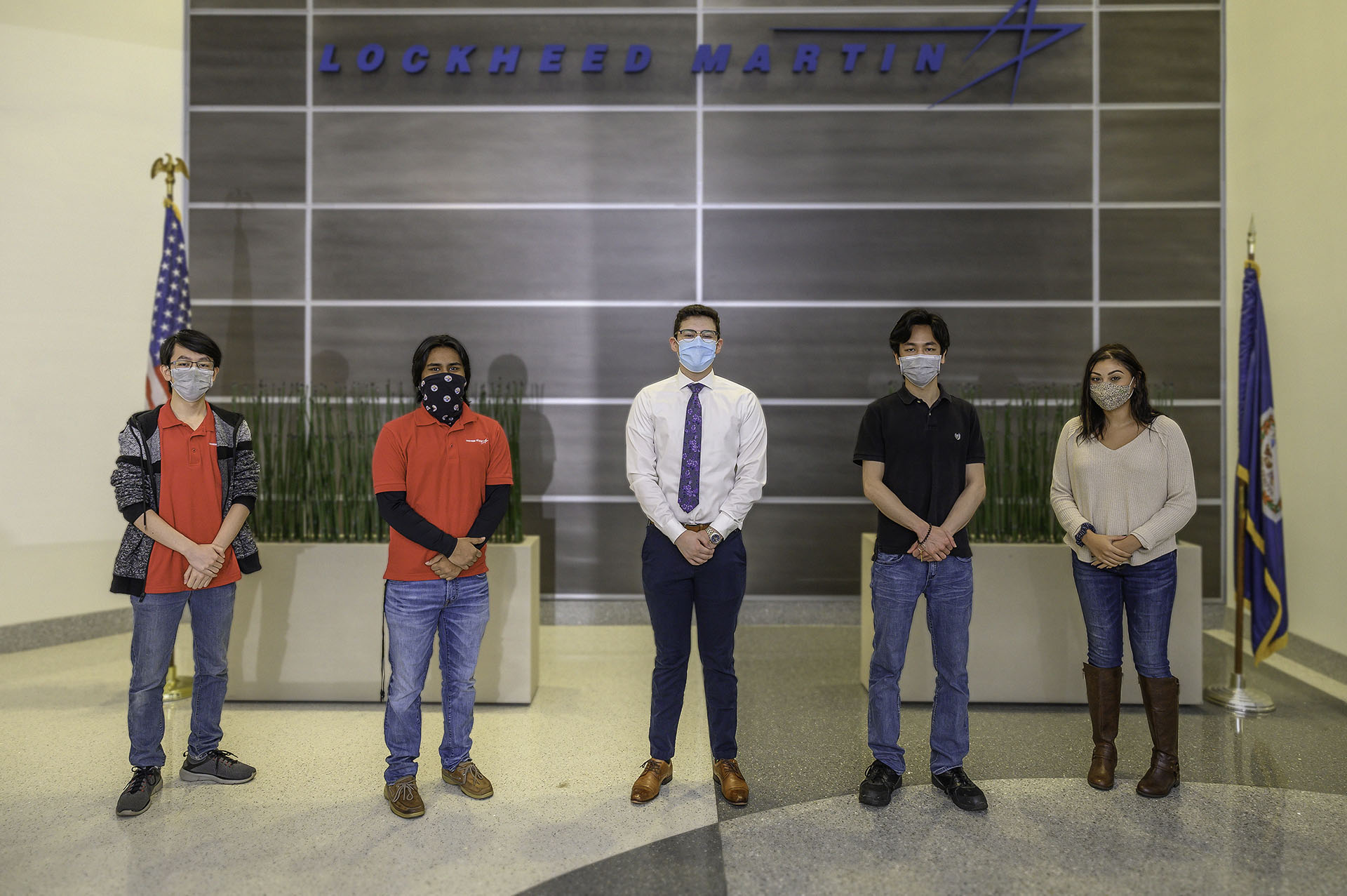 Remember the uncertainty you felt as a high school senior facing decisions about the future? For several Osbourn High School seniors, that uncertainty was replaced with confidence, thanks to Lockheed Martin, a Manassas City Public Schools Education Foundation partner, and some caring teachers.

“I am able to learn from amazing people, who are so advanced in what they do,” said Sofia Melendez, a program management apprentice for Lockheed Martin and 2020 OHS graduate. “It makes me really want to chase after that degree and takes away the fear of not liking my career in the future,” she added.

“My cybersecurity and robotics teacher, Mr. Frederick, laid out real-life workforce experiences in his classroom. And Mrs. Albrecht, my SCA lab and leadership teacher, really built confidence in her students that encouraged them to set big goals and have the drive to reach them,” Sofia said.

Sukrit Bhattarai, a hardware engineering apprentice, and 2019 OHS graduate, said Project Lead the Way teacher Carl Schmidtke “was always there to give me advice. When I was unsure if I wanted to go to college or join the apprentice program, he explained the benefits of joining the program and how rare the opportunity was, which ultimately lead to my joining the T.A.L.E.N.T. team,” Sukrit said, adding, “This was by far the best decision I ever made.”

Fellow hardware engineering apprentice Avalan-De Wong credits the OHS Robotics Team with improving his time management, work ethic, CAD knowledge and ability to coordinate with a large team—skills that helped him “seamlessly transition to the workforce” after graduating in 2018. At Lockheed Martin, Avalan is “continuing to expand my repository of knowledge as part of the apprentice program with the benefits of tuition reimbursement and hands-on job training,” he said.

For Andy Moreno, being an apprentice means “you get to grow as an aspiring engineer because you are given responsibilities and almost every day is different. There is always something new for you to do,” said the 2018 Osbourn graduate. He discovered the program during Osbourn’s annual “Donuts with Engineers” awareness event that brings engineers from local companies together with students. Andy’s Project Lead the Way teacher Carl Schmidtke explained to him “how great the opportunity to work at Lockheed would be, and the other opportunities that would open up for me as a result,” Andy said.

Opening up career opportunities for Osbourn students is just one example of how Lockheed Martin sets the gold standard as a community partner. The company provides direct donations and significant in-kind donations. Lockheed Martin apprentices and experienced engineers volunteer many hours to STEM education and Osbourn’s Robotics team each year. The company also sponsors STEM scholarships, and a member of the Lockheed Martin team has continually served on the board of the Manassas City Public Schools Education Foundation.

The company’s direct donations of $29,500 in 2020 helped fund crucial distance learning tools, as well as scholarships and innovative teacher grants. Every year, their financial donations are generous.

“Lockheed Martin has had a profound impact on the entire MCPS instructional program, but even more so at Osbourn High School. Not only have they provided very generous funding, they have also empowered our students by being present in our schools and demonstrating the power of community mentoring and partnership,” said Dr. Kevin Newman, Superintendent of Manassas City Public Schools.

“All of the Osbourn graduates are excelling here, getting promoted and moving on,” said Systems Engineering Manager Melissa Boyle, adding that opportunities are open for current Osbourn students to continue on the same path. Now with 41 apprentices, T.A.L.E.N.T. became a Registered Apprenticeship with the United States Department of Labor in October. As the program grows, so too will the confidence of more Osbourn seniors as they face decisions about the future.